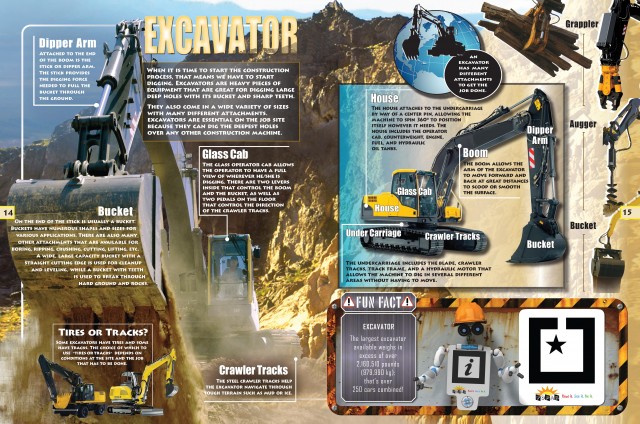 GamesBeat: I was actually intrigued by one of the very first things you said, you mentioned smelling, when you’re having these experiences. I was wondering if you could give me some examples of how that applies here?

Jochim: A few years ago, we were contacted, surprisingly enough, by the Cancer Therapy Centers in New Rochelle, New York. They wanted to build a pod that allowed patients to be able to see, hear, and relax. What I asked them about is, how they could incorporate some different sensations beyond that. Our background was with experiential technologies, and we wanted to incorporate smell within a relaxation center for the Cancer Therapy Centers. And so we incorporated some aroma modalities, a synthetic aroma dispensing system that was completely hygienic, hypoallergenic, and FDA approved, that allowed dispensing of smells. While you saw in 3D, you heard in a stereoscopic 360-degree surround sound environment, you felt as if you were laying in a neutral body position, when you fly up into space your body goes into this position. You’ve got the sensation of flying or floating or relaxing. The scent system that we added to it is actually very detailed, in the sense that it releases small chemicals throughout the nozzle that’s near the nose, and because it’s a heavy chemical that doesn’t stick to the skin or to the clothing, you can just smell it for a few milliseconds and then it goes away. It allows us to dispense a multitude of smells in a matter of a few seconds, so you could smell anything from lavender to orange blossoms to salt water. We worked very closely with some aromatherapists and positive visualization therapists to create a very relaxing 25-minute session. If you were getting chemo or having dialysis done, you would put on a head-mounted display using stereoscopic imaging, you’d have headphones on, and then aromas would come in while you’re laying down in the chair getting your treatments. We found out that… What created the movement for us toward experiential technologies was that we found, through all of our studies, 100 percent of the patients felt 80 percent better while using our technology when getting treatment. That was amazing to us, that we could create such a simple mechanism, sight, sound, and smell, that would relax people, lower anxiety while they were getting these treatments that were very harsh on their bodies. It’s easy to say, but your mind controls a lot of your body. This is an influence on that process. We utilized that technology and took it back into entertainment as well. For a tour with Lego… Everyone’s familiar with Legos growing up, we were the first company ever to bring Legos to life, we animated Legos back in the late 90s and brought them to life in a stereoscopic adventure, with sight, sound, and smell, called Deep Sea Adventure. We traveled around the US to all the Toys R Uses and Zany Brainys and Targets across the US showing kids that Legos can come to life. As most of the kids now know, Lego is not just a physical object anymore, it’s a digital object. That was due to our company.

GamesBeat: The concept of sight, sound, and smell, will all three of those be factoring into the upcoming Popar augmented reality books?

Jochim: Probably not the smell system. A little expensive, you’re looking at a dispensing system that’s in the thousands of dollars, while these books will be retailing between 20 and 27 dollars.

GamesBeat: Do you see a fuller experience where players and people are experiencing… Not just your products, but video games and movies, do you eventually see those as experiences that will use more of the senses? Smell and things like that factoring into the home experience?

Jochim: Being a professional experiential artist, there’s a difference between a utility activity and a novelty activity. Very quickly we can harp upon the idea that smell was very engaging, it was very emotional for people to smell salt water taffy or fresh-baked cookies, it brings up the sensation of being at home. The problem with smell technology, and we realized this very quickly, is that everyone has a different emotional reaction to smell. Tires screeching, everyone will back up a little bit and worry that there’s an accident, it becomes anxiety. But not everyone likes the smell of cookies. You would think everyone loves it. Visually, we can show somebody fresh-baked cookies, they’re not going to have the same emotional reaction as they would smelling it. Smelling it triggers a deeper emotional reaction than vision does. So what we found out very quickly is, smell technology, albeit very influential and emotional, is much more of a novelty experiential technique than it would be a utility. For instance, stereoscopic imaging is gaining a tremendous amount of ground these days, it’s been in video games for years, been in movie theaters before that, specialty motion rides. We’re framing that as 3D comes home. 3D becomes involved in the process. That is catching up, people are starting to realize the value of depth perception or environmental and spatial technology within video games. But even further, with the Kinect and with augmented reality, people are utilizing their bodies and their natural movements as an interface to become natural for video games. That’s where we really feel augmented reality and our video games will go. Imagine playing the next Counter-Strike and it’s actually in your office. Imagine playing BrickBreaker, which everyone loves to play, and you’re playing it on the wall of your home, the bricks of your home are coming down. These are where augmented reality and video games and our technology are starting to converge, creating a displacement of reality, and a virtual environment where we can do things that normally we couldn’t do in a real world. Allowing us to play a little bit more. Imagine playing an augmented reality of… Remember the old-school game called Punch Buggy?

Jochim: Okay, you see a Volkswagen, you hit somebody on the shoulder and say “Punch Buggy.” It’s an old game we used to play on road trips, you probably called it something different.

Jochim: Slug Bug, yeah. So imagine an augmented reality Slug Bug game. Say you’re traveling, you’ve got your brother in the back seat, and the whole idea is to use your phone and see who can capture the Slug Bug. But you’re doing it virtually. Your buddy’s not riding with you in the car, you’re playing a virtual game, your camera’s out the window a Bug passes, you see yourself on the other side of the phone, smack, one point. You can then start to create some of these social games that are created in your environment, as if someone was actually there. A lot of the augmented reality games that we have seen and entertained at this point have been very simplistic. For instance, a zombie attack where zombies are coming down, or a car that’s racing across the ground. We believe, one of the groups that is going to be focusing and doing well is PlayStation, they’ve got some very unique games that are coming onto the market with their PlayStation Vita, with augmented reality, that we’re looking forward to seeing. Not everybody is going to be able to have the opportunity to have that device, but everyone’s going to have an opportunity, we think, in the next few years, to be able to use their mobile phone. We’re excited to be able to utilize those inside of our books and other environments as well.

GamesBeat: I noticed that your technology has been implemented in a number of school systems. I was wondering if you could elaborate on that.

Interview continues on the next page.