GamesBeat: I noticed that your technology has been implemented in a number of school systems. I was wondering if you could elaborate on that.

Jochim: Well, where Popar Toys came from is our interaction with school systems. Our augmented reality development lab is a lab created for the core curriculum standards here in the US. Allowing both teachers and students to use augmented reality in a multitude of different classrooms. We have a build-the-human-body experience, where kids have little paddles, one through eleven, for each part of the body, they can slowly build up the body, see the skeletal system, see the lymphatic system, see the muscular system, and at any point in time they can take out the muscular system from the body, examine it, learn more about it through visuals and text and oral. Now, all of this is augmented, which means they’re seeing themselves hold the skeleton in the palm of their hand. Bring another paddle, which translates into what we call the cheapest iPad 2 on the planet, because this one paddle displaces text, shows audio, shows 3D objects, and it changes upon the proximity of what paddle it’s next to. If this paddle is brought into the muscular system, it talks about the muscular system. If it’s brought into the skeleton, it talks about the skeleton. This allows kids, just like they’re doing in video games, to build the human body. They can take their own time, they can mess up, they’ve got a linear approach to seeing how it works, which means it’s not like a multimedia program that says it’s A to Z, but only goes A-B-C-D. Our program allows you to go A, D, B, C, allowing a kid who’s having some struggle to work through the problems himself. Interactivity is key to a kinesthetic learner. Our augmented reality development lab works in mathematics, social sciences, social studies, literature, arts, and foreign languages as well.

When you grew up, did you get a drum set when you were young?

GamesBeat: A drum set? No. I got video game consoles and Ninja Turtles.

Jochim: So did I. [laughs] I wanted a drum set, I never got one. To give you an example of how the AR deal works, we have an AR development implemented in the midwest. Actually we’ve got hundreds of them across the US, but this one in particular in the midwest, a group of kids said, “We want to be able to build something in augmented reality.” I said, “Okay, this isn’t very educational, but can it be done?” They wanted to build a drum kid. It sounds very fun, I gave the kids the tools to do it, within two days they’ve created an augmented reality drum kit. They showed me a video, it was pretty darn cool. They downloaded the objects, associated and recorded the sounds, before they knew it they had a drum kit in their classroom. This started to roll in the process, looking at our lab… Our lab is not just about a tool which we give to schools like a textbook. We’re giving kids and teachers the ability to create their own augmented reality. It’s not about us just shoveling a textbook experience to people, it’s allowing teachers to use their creativity and their imagination to excite and motivate students to do what they have in their head, as a commonality. Which is information. Kids, we’re finding, students are utilizing it as well. Both inside and outside the classroom. We’ve got kids creating a CPR t-shirt for Red Cross. We’ve got kids creating children’s books just like we are. And reading them to kindergarten kids in high school. We’ve got kids making energy-efficient modules to share with their parents to see how they can save energy. So our augmented reality development lab is not just about having individual pieces of software. It is similar to a Microsoft Excel or Microsoft Word, where we’re giving you tools and letting you write and create the formulas for whatever you want to share in augmented reality. That’s the key to where our ARDL lab is going. It’s not about the software, it’s about what you can do with the software, giving those tools to students to be able to utilize them as well.

GamesBeat: How have children, so far, reacted to the Popar books?

Jochim: I would say incredibly. We set up at a mall this Christmas, just to offer the books, and at first we were a little bit worried, because we set up right outside the Disney Store. What we found is a common occurrence, parents would ask their kids, “Do you want this, or another toy?” And they were talking about Disney. And as often as not they said they wanted the Popar book rather than the Disney toy. It shows the level of interactivity that we’ll have, something that’s not branded, but interactive, that will allow people to truly engage themselves. The kids love it, because not only can they read a book, they can see the book come alive. They can become the book. At a half or a third of the price of a video game. The parents like to buy it because, again, it’s a book. Or we’ve got trading cards as well. 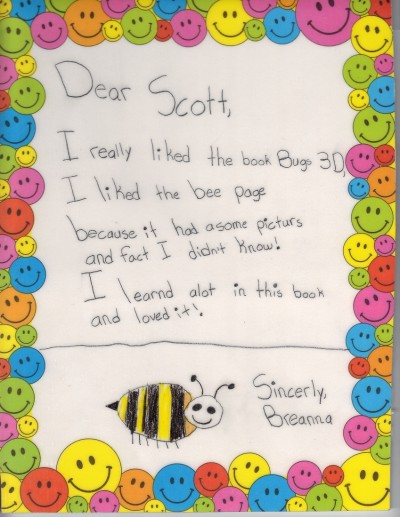 GamesBeat: I also understand that you are looking into partnering with companies like Disney?

GamesBeat: So maybe those kids won’t have to make a choice down the road.

Jochim: They probably won’t have to, no, because I think licensing is a great opportunity to open up what these cards can be, beyond just our imagination. We can take a brand like Dora the Explorer… There are so many aspects in which we can create in this playset reality. It’s really the imagination that is going to be our limitation. If we give the right tools to the right people, it’s in their hands.

GamesBeat: You’re obviously an expert on the matter, where do you see augmented reality in a year or a couple years from now? How does the technology and the experience progress?

Jochim: I think people are going to realize how mainstream augmented reality is going to become. It’s been part of our daily lives for many years, we have it in front of GPS, we have it on the football field, we’re now starting to embrace it in video games and mobile devices. There are so many products coming out, even from Google, Microsoft, PlayStation. We’re going to realize how much we’re going to rely on augmented reality in our own reality. We rely, currently, on a virtual database, whether it be Google or computers every day. We’re always looking at our devices. The moment that we don’t have to look down at a device, and we’re looking out at the universe and the world around us, into the digital overlay, just like the Terminator, that information is placed in our reality. That’s what we’re realizing in the next few years, where we won’t be able to work without this digital overlay. Can you imagine a time when you didn’t google for information? Augmented reality is going to become the same way. Can you imagine a time when you just looked into the world and didn’t recognize all your friends from Facebook out there in the universe? You didn’t see the information about the ingredients in the McDonald’s hamburger that you’re eating? Or you didn’t see the coupon codes pop up around the Times Square you were looking around? This information is part of our universe now, but we have to access it by looking down. Augmented reality is going to become an overlay where it becomes part of our sunglasses, our contact lenses. Anything we wear as a device can then become augmented. And that information is there all around us. It’s just having the interface to be able to connect the virtual universe to our actual universe. We’re getting closer, the bridge is getting closer for us to convert both realities together. I’m excited for the day that we’ll have the information, not just in our phone, at our fingertips, but right in front of us, without having to touch anything.

Jochim: [laughs] Just as long as maybe it doesn’t smell like a burning skidmark. But I love fresh-baked cookies myself.

GamesBeat: Alright, thanks for your time, Scott. Is there anything else you’d like to add?

Jochim: Thanks as well, I appreciate it. Again, we write everything from children’s books to… I’ve done video games all across the spectrum. I don’t know if you remember back in the 90s when computers didn’t have the processing speed nor the sound capabilities, we created a game called Cyber Knights. This was back when we could only do two sounds at a time, this was before the Sound Blaster 16. I was creating video games for Windows 98. So technology for me has taken a multitude of different leaps. We used technology for Nokia back in early 2000 that was gesture recognition. Very similar to the Kinect. It was just to access information and create your virtual buttons to work with. They wanted a technology to talk about their 3G networks. Now, of course, we’ve gone way beyond 3G networks at this point. But it’s not just about the technology. Good games stand the test of time, good interfaces stand the test of time, and ultimately good experiences stand the test of time. Think about that. Video games are a core of my beginnings, part of my daily life. It’s about making that experience more real. And more accessible to more people.