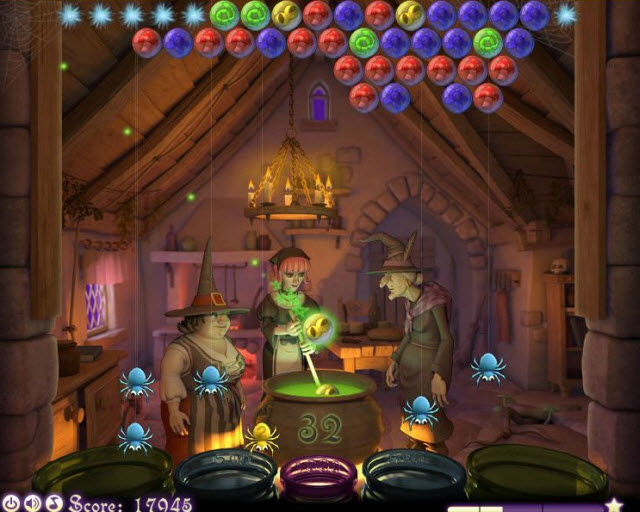 King.com has more than 150 games on the web. In the past year, it successfully moved five of the games to Facebook, garnering 23.8 million monthly active users on the social network. And today, the company is launching its first game on the Google+ social network.

The company is unveiling its most popular game, Bubble Witch Saga, on Google’s social network, which now claims to have more than 90 million registered users. If the company succeeds there, it will have a brand new platform with the potential to generate lots of users and revenues for the years ahead.

The company has slowly moved its games over onto the social networks because it is focusing on making quality casual social experiences, said Alex Dale, chief marketing officer at London-based King.com. In the process, the company has added a social layer to its games, which offer prizes.

“It takes a lot of time, effort and creativity to do great games,” Dale said.

So far, King.com has moved over its most successful titles. Bubble Witch Saga has four million daily active users on Facebook. The game has been played 1.5 billion times on Facebook, mostly by women ages 25 and up.

“We want all of our games to run across multiple platforms,” Dale said. “We look forward to having a good relationship with Google. This is virgin territory, but it has been easy to do.”

Dale said the Googe+ game applications programming interface made it easy to port Bubble Witch Saga. The company will port more games in the future. King.com has more than 30 million unique players and a billion games played a month across platforms that include the web, Facebook, Google+, Android and iOS. King.com was started in 2003 and has more than 100 employees. Rivals include Worldwinner, Prize Room, Game Duell, and YooMee Games.