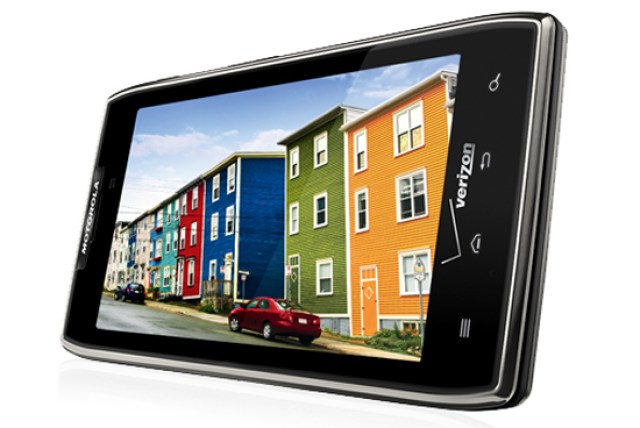 As our smartphones get smarter and we rely on them for everything from email to finding dates, their batteries often can’t make it through a day. But the Razr Maxx, which made our list of Top 10 products from CES 2012, challenges this norm with its massive 3300 mAh battery that claims 21.5 hours of continuous talk time, 15 hours of native video playback, 10 hours of GPS navigation, and 6 hours of HD streaming. The big battery will help keep the phone alive when using Verizon’s battery-sucking 4G LTE data.

Besides its amazing battery life, the Droid Razr Maxx also has some great specs that heavily mirror the previously announced Droid Razr. It features a 1.2-GHz dual-core processor, a 4.3-inch Super AMOLED screen with 540-by-960 resolution, 32GB of internal storage, an 8-megapixel camera with flash, a front-facing 1.3-megapixel camera for video chat, and 1080p HD video recording.

The phone ends up being a bit heavier that its sibling the Droid Razr, but the added heft might easily be worth it for those who never make it a day without having to plug in their phone. The only real downside to the phone is that it is running Android 2.3.5 Gingerbread, which looks much less sophisticated next to the Samsung Galaxy Nexus running Android Ice Cream Sandwich. But because Motorola is now literally in bed with Google, we fully expect the phone get the Ice Cream Sandwich update in 2012.

The Droid Razr Maxx will retail for $299 on 2-year contract with Verizon Wireless. Are you interested in picking one up?