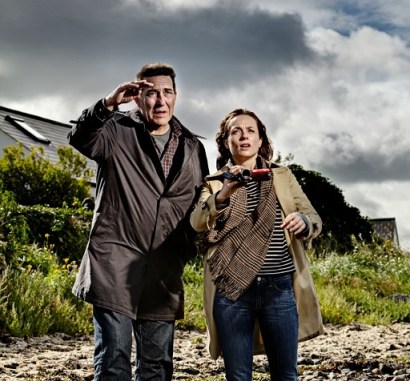 Are you an early-stage, technology investor? Is there a certain lack of glamour and red carpets in your life? Then follow in the footsteps of early-stage tech investors Lough Shore Investments who partly funded a short film called “The Shore”, which has just been nominated for an Oscar.

“The Shore” is directed by screenwriter and director Terry George who was previously Oscar-nominated for his screenplays for “In the Name of the Father” and “Hotel Rwanda“.

Lough Shore Investments is based in Belfast in Northern Ireland, which also happens to be George’s home town, and is a seed investor in Irish startups. Lough Shore wouldn’t reveal the exact amount of the investment but said that it was relatively small. “The chance to fund a business plan/project that we felt had a strong probability of getting to the Oscars was simply too good an opportunity to turn down,” said Lough Shore partner Danny Moore.

“The Shore” follows Joe Mahon on his return to Belfast with his daughter Patricia, having fled from the conflict 25 years earlier. In his absence Paddy, Joe’s childhood best friend, has married Joe’s former fiancée Mary. The short was shot entirely on location in Coney Island, Co. Down, and the investors saw it as a great opportunity to showcase Northern Ireland abroad.

I asked Moore if the risk-reward analysis on this investment was very different from the fund’s tech investments. “Having someone like Terry George leading the project was obviously a huge factor for us. I suppose in start-up terms he’s a serial entrepreneur with a history of delivering success.”

So does Moore have any advice for other tech investors who want to break into show business? “Find a director like Terry George,” he counsels.

Lough Shore Investments was founded in 2010, is based in Belfast, Ireland and its last exit was cloud startup WorldDesk, which was acquired by DeskStream.