The above is the ending to 2010’s Darksiders, which featured War, one of the Four Horsemen of the Apocalypse, as the main protagonist. In the cutscene, War’s three siblings (pictured below) are seen coming to his aid, leading gamers to believe that Darksiders II would feature multiplayer, or at least more than one horseman.

Darksiders II was instead revealed to be a parallel story that runs concurrently with the events of the original, and features only Death as the primary character. During our recent interview with Vigil Games Producer Ryan Stefanelli, we asked why the bait-and-switch, to which he replied, “…if we had just rolled straight into the story of the four horsemen and what they were doing together, there would have been a lot of missing elements. The story is fairly complex, there’s a lot of stuff that you see happen in Darksiders II that sets the stage for what may be Darksiders III if we were to go do the four horsemen all together.”

It’s not an outright confirmation, but it’s obviously something the team is thinking about. And no one can be foolish enough to assume that the Darksiders franchise or story will end with Darksiders II. What of Strife and Fury? They’re said to factor into the sequel in some capacity, but will they too get their own games (or perhaps share one) before the timeline picks up from the end of Darksiders 1 and progresses forward? THQ’s not saying, as GamesBeat was officially told, “At this time the focus is solely on Darksiders II.“

You can read the rest of the Darksiders II interview here, along with some admittedly spectacular new screens and video. 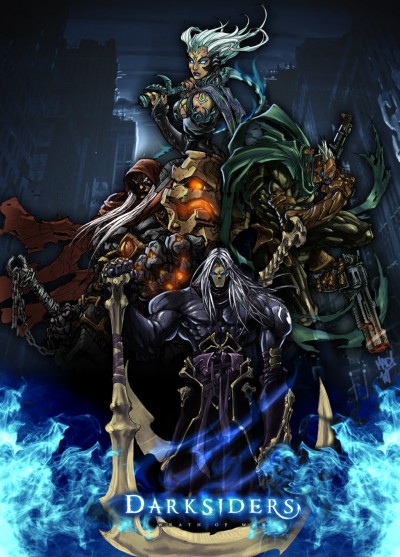