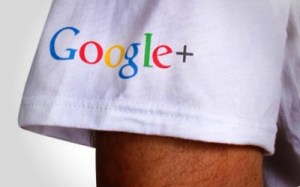 Above: It will always be with you

Google made some sweeping changes to its privacy policies yesterday. It let users know it will be combining data from all of its services, from search to email to photos. This will give Google a much more detailed picture of its users, allowing it to deliver more relevant services, and of course, more targeted advertisements.

People have a right to be angry about this. Faye Kakia, a fashion designer who creates virtual clothing to sell in Second Life, used Google’s blogger service to showcase her outfits. She was upset when Blogger began leading people back to her Google+ profile, revealing her true identity. By combining its services, Google makes anonymity more difficult.

But for Google to survive in the long-term, the company had to make this change. Google’s revenue comes almost entirely from advertising, and advertisers are increasingly turning to Facebook, because it enables them to target users based on their personal information and social graph.

That’s why Larry Page has reportedly been telling employees who are unhappy about integrating social results into search, “This is the path we’re headed down, a single, unified, beautiful product across everything. If you don’t get that, then you should probably work somewhere else.”

As I wrote over the weekend, Google has the raw material to build a powerful social network. There are hundreds of millions of people who use Gmail. The service can already recognize the difference between my friends, my family and my co-workers. Through Picasa, it can automatically recognize them in photos, just as Facebook does. And with Android it is beginning to chart the most intimate social graph, the people we call and text with.

It’s important to remember among all this hysteria that Google won’t be getting rid of its original search product, which is completely agnostic when it comes to social relevancy. With a single click users can turn off all the social mojo and have the old-fashioned search results they are used to. And as Kashmir Hill points out, since 2005 Google has stated in its privacy policy that it combines information from different services to get the best picture of users.

Google will be in for some major headaches down the road. Just like Facebook, it will experience intense public backlash every time it deepens its collection of people’s personal data. Idealistic alternatives like Diaspora have appeared, but so far no one has created an alternative business model for the social web, one that leaves users personal data alone, and also grows a profitable business at scale.