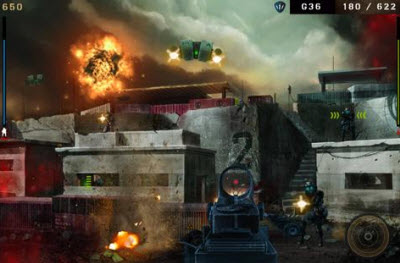 Tapjoy said today that its $5 million Android Fund has invested in 130 game developers over the past seven months.

The fund provides both expertise and money for game developers to port their existing apps to the fast-growing Android platform.

Tapjoy said it received hundreds of applications for the fund. It did not say how much each company received.

Tapjoy also says that its Android network grew from 171,000 monthly active users in January 2011 to more than 25 million in December. That’s huge growth, enabled in part because Tapjoy shifted its strategic focus to Android after Apple cracked down on its incentive-based install program.

If you recall, Apple banned the lucrative pay-per-install apps, where developers could take out ads as part of Tapjoy’s ad network, which would place ads into popular mobile apps. Those ads would reward gamers with virtual goods in their favorite apps if they agreed to download another app. Apple never explained its rationale, but it appeared to do so because too many app makers were buying their way to the top 25 lists of most popular apps.

After the crackdown, Tapjoy shifted quickly to Android, where pay-per-install programs weren’t banned. It also set up the Tapjoy Android Fund. Tapjoy said it has launched several big hits from its Android Fund portfolio. The company can promote its apps to an ever-increasing base of Android users who are eager to discover new and relevant apps.

The fund includes hit titles MachineWorks Northwest’s 3D Hunting: Alaskan Hunt. That game had more than 1 million total users. Other hits include Duke Nukem, which reached the top of the charts for Arcade & Action games; Craneballs Studios’ Overkill (pictured at top), with more than 900,000 users; Making Fun’s Santa’s Village, which has 680,000 users.

“Our goal for the Tapjoy Android Fund was to help enhance the Android ecosystem by bringing great games from Facebook, iOS (iPhone, iPod Touch, iPad) and other platforms to the Android Market,” said Rob Carroll, director of publishing for Tapjoy. “Our fund is unique in that we don’t ask for creative control and we don’t push developers to adopt one strategy over another; we simply identify talented teams and arm them with the tools and resources they need to quickly build their apps and then turn them into top hits.”

The Tapjoy Android Fund offers monetary and discovery support, or getting games noticed. Developers who join it can get access to large-scale distribution through Tapjoy’s performance-based ad network, which recommends apps based on a user’s interests. Developers can use Tapjoy’s virtual currency platform to monetize their virtual economy, where users play a game for free and pay real money for virtual goods inside the games. Tapjoy offers analytics and other services, essentially becoming a one-stop shop for publishing mobile games.

Tapjoy said that it has grown a lot in both Asia and Europe. One example of that is the partnership with Turkey’s Craneballs Studios.