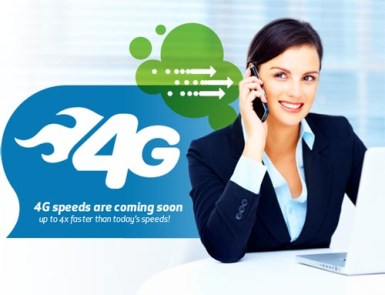 AT&T saw its best wireless sales ever in the fourth quarter, but the aftermath of its failed T-Mobile acquisition was a big hit on profits.

The carrier reported a net loss of $6.7 billion on revenue of $32.5 billion (up 3.6 percent from last year). That’s mostly due to the $4 billion break-up fee AT&T had to pay to T-Mobile following the failed merger, as well as losses in the company’s directory business.

But despite the profit woes, AT&T still saw success in its wireless business, with record sales for iPhone and Android smartphones. AT&T sold 9.4 million smartphones in Q4, up 50 percent from its previous record. The company activated 7.6 million iPhones (it gloats that’s 3.3 million more than Verizon), and the company’s Android sales were double what they were last year. Wireless revenue was up 10 percent.

I’d attribute much of AT&T’s wireless sales to the launch of the iPhone 4S in October as well as the typical rise in sales during the holiday season.

The carrier says it added 2.5 million total wireless subscribers during the quarter and that 82 percent of new postpaid accounts bought smartphones. Of the company’s 69.3 million postpaid subscribers, 56.8 percent had smartphones.

For the entire year, AT&T says it sold 17.5 million iPhones, compared to Verizon’s 10.8 million. Wireless revenue accounted for 50 percent of the company’s overall revenue in 2011.

The company now has 5.1 million subscribers for branded computing devices, which include on-contract tablets, hotspots, and the like. 571,000 of those were sold during the fourth quarter, up 70 percent from last year.