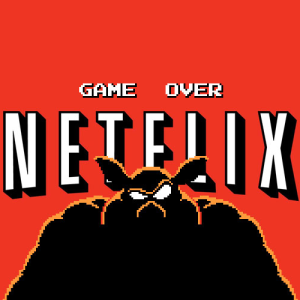 Netflix is no longer planning to offer a video game disc rental-by-mail service to complement its DVD-by-mail and streaming video subscription service, the company revealed Wednesday during its fourth quarter earnings call.

The video game rental service was originally announced in September 2011 as part of Netflix’s effort to spin off its DVD rental business into a separate company called Qwikster. The service, which many Netflix subscribers had long-begged for, would have offered game disc rentals for the Xbox 360, Playstation 3, and Wii. After a month of hearing complaints that the new physical rental service would no longer integrate with the streaming video service on any level (rental queue, billing, recommendations), Netflix decided to kill off Qwikster.

Netflix’s executive team casually mentioned the company’s lack of interest for adding video game rentals during the earnings call — offering no additional comments for how or why it reached this conclusion.

My guess is that the business model for renting out game discs — much like DVD rentals —  is unattractive as shipping costs continue to rise. Depending on how much those costs increase, the rental company either has to take a hit on revenue or pass the costs on to the customers. And since shipping costs aren’t ever likely to decline, the media-disc-by-mail rental model isn’t very sustainable in the long-term. However, it could also have something to do with competition from similar game disc rental-by-mail services like Gamefly and GameStop that already lead the market.