Raid Mode is easily the best part of Resident Evil Revelations. It mixes the famed Mercenaries mode with some light RPG elements, such as loot, leveling up, and enemies with special statuses. I won’t lie though, my favorite part of Raid Mode is that you get to play as Jessica…

Welcome to GamesBeat’s Resident Evil: Revelations guide. First we’ll start off with some basic tips that will help you survive the latest Resident Evil experience, but then we’ll delve deeper into what missions and rewards await you in Campaign and Raid Mode.

Difficulty
Normal is not that hard unless this is your first video game, ever. There’s not much point to starting on Casual, as you’ll eventually have to come back and play through it anyway once you’ve familiarized yourself with the game and can beat it without taking damage (see page 2).

The first few Oozes can be intimidating, but once you get used to combat in the confined spaces and the behavior of the handful of different enemies, the game gets pretty easy. Even Hunters, which are typically the most dangerous non-boss enemies in the Resident Evil franchise, don’t pose much of a threat in Revelations, even in large numbers.

Dodging
Like in Resident Evil 3: Nemesis, Jill (and everyone else) can easily dodge most incoming attacks. All you have to do is press up on the control stick right as an attack is about to hit. You can also press down and B to dodge and do a 180 turn at the same time, which is good when you need to run away like a little girl.

Getting the timing right for all the different enemies and attacks can be tricky, but once you’ve mastered dodging, you’ve essentially made Resident Evil Revelations your bitch.

Avoidance
Killing enemies is not always the best approach to a situation. Like classic Resident Evils, some enemies can be bypassed, saving you time and precious ammo. If you’re just passing through an area that doesn’t really need to be explored and you feel you can slip by any enemies without getting caught, definitely consider doing it.

Zoning
While avoiding enemies you may have a few close calls. Luckily you’re invincible while opening doors and moving between rooms, so if you can just get to a door and press Y before an attack connects, you’ll be fine. However, if you leave a group of enemies waiting for you outside a door and have to eventually come back through it, they’ll charge up their attacks while you’re still stuck in the door animation. It’s almost always a guaranteed hit, so be careful.

Reload on the run
You can reload while moving, so make good use of that. Don’t stand around waiting to finish reloading if enemies are nearby. This will come in handy during timed sequences. If the area is clear, make sure you’re all reloaded before heading into the next battle or running around any corners.

Ammo
Jill Valentine is the main character of Resident Evil Revelations. Any time you’re not playing as her (which is surprisingly often), you can use your ammo and weaponry a bit more freely. Sometimes you will only be playing as that character once, or at different times during the timeline, meaning your ammo will be restocked, or you’ll come across a huge cache of weapons and ammo right before any notable battles.

When playing as Jill, on the other hand, you really should be as efficient as possible. Use the handgun for as long as you can, then make sure that every shotgun, rifle, and machinegun shot counts. Things are not so bad on Normal as long as you’re careful, but green herbs can end up being scarce if you get reckless. 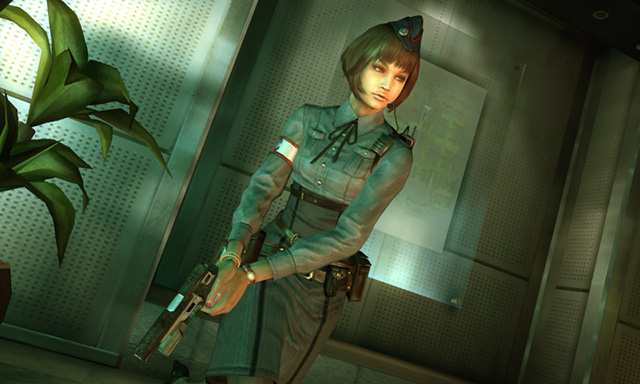 Now that you’ve got the basics, move on to the Campaign guide or skip ahead to the Raid Mode guide.
1 2 3 View All