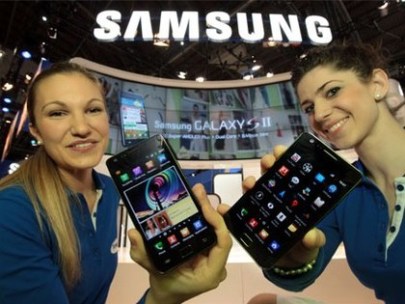 Samsung performance was in line with its guidance from earlier in the month, and the company attributed much of its success to the popularity of its Galaxy S II and Galaxy Note Android devices. Revenue from its telecommunications business was 17.82 trillion won (about $15.8 billion), up a whopping 52 percent from this time last year.

Given that it’s the top Android device maker, it’s not surprising to see Samsung’s huge numbers. Meanwhile, both Motorola and HTC announced losses in their latest earnings.

Shipments of Samsung’s smartphones jumped 30 percent compared to the previous quarter (not surprising since this was a holiday quarter). Looking forward, Samsung expects the demand for entry-level smartphones and LTE will grow the smartphone market by more than 30 percent over the year, and the company expects tablet demand to grow as well.

The company reported strong sales in its TV business and a 19 percent growth in display panels sales. Computers fared less well, thanks to slow sales and an oversupply of DRAM.