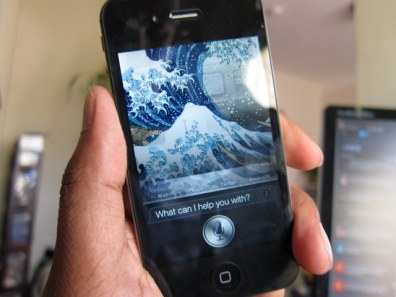 In what will likely be a constant back and forth between Apple and Samsung, the iPhone maker has apparently reclaimed the title of the world’s largest smartphone vendor for the fourth quarter of 2011.

That’s according to research firm Strategy Analytics, which points out that Apple shipped 37 million iPhones during the quarter versus Samsung’s 36.5 million. Samsung still remains king for all of 2011 though, with 97.4 million smartphones shipped compared to Apple’s 93 million.

In October, the firm reported that Samsung had toppled Apple in smartphone sales for the first time ever. Now it appears that both companies will be seesawing for the top spot.

But while Samsung and Apple duke it out, third-place Nokia is falling like a rock, dropping from 33 percent in smartphone market share last year to just 16 percent in the fourth quarter. Nokia is only now beginning to see the results of its Windows Phone experiment, but given the relative immaturity of that platform, the company likely won’t be able to hold on to the No. 3 position for much longer.