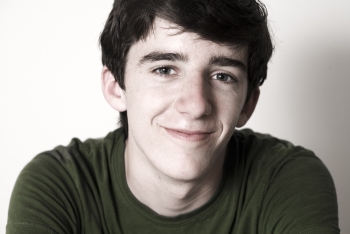 Five years ago, a fifteen-year-old student built a website; this week, the same website won the Node Jam at Node Summit, the conference focusing on all things Node.js.

Quizlet is a site you might never have heard of unless you were a teen or an educator, yourself.

The flashcard-focused site helps millions of students who need to memorize information and prepare for tests by making learning both fun and effective.

The teenage founder, Andrew Sutherland (pictured), built the product to solve a personal problem. “I was puttering along with my dad with some call-and-response type quizzing,” he wrote. “‘Man, I love doing this’ was NOT what I was thinking. So I put my thinking cap on, and the first line of code for Quizlet was written that night.”

Of course, the first line of code for Quizlet predated the creation of Node.js, the server-side JavaScript technology that’s on every developer’s fingertips these days. So we got in touch with the Quizlet team to find out why they made the switch.

“We decided to use Node because it was the best technology to enable our new multi-player learning game at our scale,” wrote Quizlet CEO Dave Margulius in an email to VentureBeat.

He explained that “at scale” for Quizlet means around 600,000 visits each day, including heavy bursts of traffic during in-class and after-school hours. All told, the site sees 6 million unique visitors each month and has been doubling in size every year since its public launch in 2007.

“[Node is] also perfect for the collaborative nature of Quizlet,” Margulius continued. “We’ll be doing more and more with it. Also the innovation momentum behind node right now is really compelling.”

When we think about Node, real-time apps and games are two of the verticals that immediately come to mind — those are also two important components of Quizlet’s product.

“Our game, which involves for example a whole class creating sentences out of the same word at the same time and then rating them (with a special teacher view available too), is all real time,” wrote Margulius. “Node can support the speed and number of connections we need to make the game work with minimal latency.”

In an email with VentureBeat, Sutherland chimed in with some words of support for young would-be founders and developers.

“When I started Quizlet, I built it out of my bedroom after school and on weekends while going to high school,” he said. “With all the open source tools available, I was able to figure out the servers, the design, the database, etc. Now it’s even easier with Github and StackOverflow. So really, it’s a matter of pushing yourself.”

He also gives some advice that we’ve heard before from many successful startup founders and investors: Build tools that you, yourself would use; attempt to solve your own problems.

“I built Quizlet not because I wanted to be running my own cool startup, but because I had an idea of a tool that would be helpful to me,” Sutherland wrote. “I was Quizlet’s first user, and many of the best things on there came not from any sort of research or brainstorming, but using the product for my classes and iterating on it.

“So my advice to other students would be to just build something that’s useful and relevant to their lives, and if it’s good you might just find that it’s relevant to a lot of people. It turns out… students think [Quizlet is] a useful tool for themselves, and they tell their friends and teachers about it.”

Check out this interview with Quizlet founder Sutherland, courtesy of Joyent, the company that supports Node.js development and enterprise solutions:

Quizlet is entirely bootstraped and has “significant seven-figure revenue” from advertising and paid products, Margulius tells us.

And if you’re looking for a job, Node-ophilic devs, Quizlet is hiring. “We’re in aggressive innovation and growth mode right now, hiring engineers, building several cool new products, of which the Node.js based multiplayer learning game you saw is one,” said Margulius.