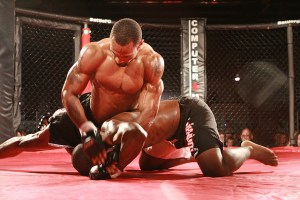 Twitter has been tap-dancing around foreign governments’ demands to remove tweets, as VentureBeat’s Jennifer Van Grove reported this week. Now the company has made public the 4,411 takedown notices Twitter has received in the U.S. under the Digital Millennium Copyright Act.

You can read the text of these notices, dating back to November, 2010, on Chilling Effects, a website dedicated to collecting and analyzing legal notices that affect online users and publishers. The sheer volume of notices averages out to almost 10 per day.

Most of the requests, as Ars Technica reports, come from copyright holders asking Twitter to remove links to pirated content. The notices are a provision of the DMCA, which gives website operators like Twitter a “safe harbor” from being held liable for copyright infringement, provided that they remove the offending links or content when they receive a notice like this.

Technologists and proponents of the notion that “information wants to be free” often criticize the DMCA for giving copyright holders excessive power, restricting the ability of consumers to remove copy protection technologies, for instance. This database shows that the law definitely creates a legal burden on Twitter, whose lawyers must vet every one of those requests.

On the other hand, publishing every takedown request, as Twitter has done, makes the whole process much more transparent. It also enables Twitter to continue operating more or less unfettered: As long as it deals with takedown requests in a reasonable way, it’s not responsible for policing its massive customer base, doesn’t have to install restrictive content-monitoring schemes, and doesn’t need to delete user accounts altogether.

As for Twitter’s decision to block certain tweets only in the countries that restrict them, advocacy group the Electronic Frontier Foundation (which helps run Chilling Effects) is actually supportive. “I think the proper target of people’s outrage ought to be the countries that do the censoring,” not Twitter,  EFF legal director Cindy Cohn told Ars.