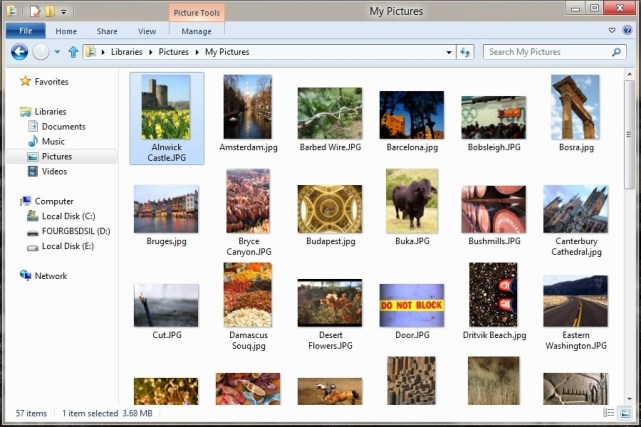 Showing that Microsoft is making some progress on Windows 8 as it prepares for the late-February beta release, the company today unveiled a slew of changes that it’s making to the OS based on feedback from early testers.

While some of the changes aren’t very exciting — there’s plenty of minutia when it comes to file copying, for example — other fixes related to the infamous ribbon, which replaces the traditional Windows file menu, are more fundamental.

First off, Microsoft has decided to minimize the ribbon by default (see above screenshot). Previously, the Windows 8 ribbon was maximized (just like the Microsoft Office ribbon) and took up a significant chunk of screen space. Microsoft says the ribbon change is about “reducing distractions and trusting users to discover functionality on their own.”

In seeing how Microsoft decides to make major changes, we’re able to catch a glimpse at the data-driven process that fuels most of Microsoft’s design work. For example, based on internal Microsoft usage data, the company found that 71 percent of users didn’t change the ribbon’s setting when it was minimized by default.

But Microsoft says it won’t always change its direction with Windows 8 based on negative user reaction. The company writes:

Our view is that we do need to move the user interface forward and accept that a vocal set of customers are just not happy with the direction we’re going. When looked at broadly, that is balanced out by a majority of people who are happy and more productive with the changes. We remind folks that there are third-party tools available (likely the tools being used by this set of people), that provide a number of different interface paradigms. We do embrace the notion that third-party tools play an important part in the Windows experience.

Other changes to the ribbon include visible hotkeys when users hover over specific functions (mainly, because Microsoft loves shortcut keys), as well as the ability to roam your Windows Explorer settings to other Windows 8 PCs.