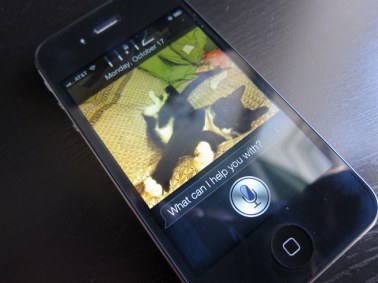 While the success of the iPhone 4S was a big deal for Apple last quarter, it was the free (with contract) iPhone 3GS that helped Apple truly dominate the smartphone market in Q4, according to Juniper Research.

The 37 million iPhones Apple shipped accounted for almost a quarter of the 149 million smartphones shipped globally in the last quarter, the research firm said in its latest report.

That’s on-par with Strategy Analytics’ figures, which counted 155 million smartphones shipped worldwide in Q4. Given the variances in the way different firms count total smartphone sales, it’s safe to say that somewhere around 150 million smartphones were pushed out last quarter.

As we noted previously, Apple stole the No. 1 spot from Samsung last quarter (Samsung reported that it shipped 36.5 million smartphones, compared to Apple’s 37 million), but Juniper also points out that Samsung’s market share jumped significantly in the last quarter, up to 21.7 percent from just 4.7 percent the year prior.

Without the bump of a new iPhone release and the holiday shopping frenzy, Apple will likely see a major decline in smartphone shipments for this quarter. That means Samsung has a good chance to snatch back the No. 1 smartphone maker spot. Expect this seesaw to continue for the foreseeable future.