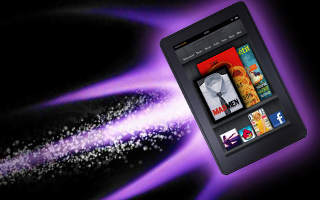 Amazon will reveal its fourth quarter earnings Tuesday and finally put to bed the hottest question of the new year: Just how many Kindle Fire tablets did the company sell?

“Kindle Fire has staked out an important market position due to its loyal Amazon customer base and attractive (low) device pricing,” Rohan opined in a research note posted Sunday night. “We believe the lower hardware price will correlate with high e-book and video content attach rates.”

Rohan’s belief is not only did Amazon sell an extraordinary number of tablets, but it also converted hardware buyers into major digital media spenders. Amazon, which sells the Fire at a loss, will bring in substantial revenue from the sale of media content to Fire customers, Rohan anticipates.

“From a cost perspective, the shift to digital delivery of content could help Amazon avoid costly free shipping subsidies,” Rohan said. “Hence, we believe there is a great deal more to the Kindle device strategy than most have discounted.”

Analysts have repeatedly speculated about the number of Kindle Fire tablets shipped during the fourth quarter. Earlier in the month, IHS iSuppli came in on the low end of the spectrum with an estimate of 3.9 million, while Barclays analyst Anthony DiClemente increased his estimate from 4.5 million to 5.5 million Fire devices shipped. But NPD DisplaySearch analyst Richard Shim may have had it right all along; Shim predicted in November Amazon would ship as many as 6 million Kindle Fires in the fourth quarter.

Amazon shares are currently trading around $192. Tuesday’s earnings report could catapult the stock price up to $233, according to Forbes.