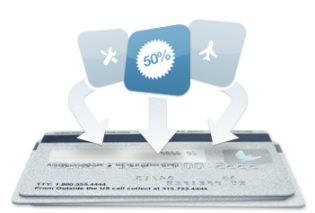 CardSpring, a company that creates mobile applications specifically for credit and debit cards, announced today it has raised $10 million in its first round of funding.

CardSpring has produced an Application Programming Interface (API) that developers can use to make online applications for your credit or debit card. Each time you swipe your card, the card’s information is sent over the payment network to process the purchase. CardSpring has created a link between that payment system and other online process, such as coupon redemption or loyalty programs so every swipe can do more than just complete a purchase.

“When we looked at the payment system, we realized that everyone had a different point of view on how to connect credit and debit cards to it,” CardSpring chief executive Eckart Walther told VentureBeat in a interview,”We built a platform that delivers a simple interface for developers to use to connect to the payment system.”

The types of apps that can be connected to cards is limited only by the developers’ imaginations. In CardSpring’s current platform, the first apps are likely to focus advertising and promotions. Developers will likely create apps that encourage patrons to review businesses after they make a purchase there or offer promotional discounts after a card is swiped.

While mobile discounts and loyalty apps have caught on in recent years, CardSpring eliminates the need for business specific smartphone apps, or even a smartphone at all. CardSpring bridges the gap between developers and the payment network — a system that is traditionally hard to access due to strong security measures. The API lets developers build apps quickly that access the payment network without compromising the security of your information.

“It’s a really new platform and we are working on building it up now,” said Walther, “We will use the funding for scaling the team and scaling the platform.”

CardSpring launched its private beta today, which developers can request access to on CardSpring’s website. The series A round announced today was led by Accel Partners and Greylock Partners, with participation from SV Angel, Morado Ventures, Felicis Ventures, which is an investor in VentureBeat, and WIN. CardSpring is based in Palo Alto, California.