DLC
Square Enix has revealed plans to expand Final Fantasy XIII-2 through coliseum battles and additional story chapters (focusing on Lightning’s side of the adventure, etc.). Coliseum battles will allow you to capture incredibly rare and powerful monsters to use in your party, and may also include some familiar, non-monster faces from Final Fantasy XIII….

So far, only the Omega coliseum battle (an Amazon.com pre-order exclusive) has been released. 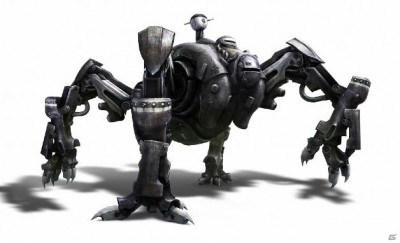 Coliseum Battle: Omega
Omega is a four-legged robot that you can take on at any time, but it’s recommended you be at least level 400 before you take him on (meaning you’ve leveled up different roles a total of 400 times, combined). I was around level 430, and he still gave me a bit of trouble.

However, once I figured out his pattern and weakness, it became a bit easier. For starters, patience is necessary. Even at my high level, this battle took roughly 10 minutes or more.

Note that the whole point of this battle is to obtain Omega as a monster for your party (he’s a Commando, by the way), but even after defeating him once I didn’t get his crystal, and this was with the Monster Collector fragment skill on.

Once purchased, the Azrael model is available at Chocolina’s shop for free (first time only). It also has three additional models, which cost gil and require specific materials to craft:

Note that Azrael ∞ becomes obsolete roughly halfway through the game (though the Chain Bonus is still very nice). Plus, they focus on strength over magic, which doesn’t do much good for a Ravager, so the stats and bonuses are kind of at odds with each other.

Other DLC includes a few outfits and weapons, which can be seen in this Japanese trailer: