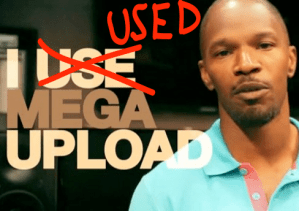 The hosting companies that stored the files from Megaupload users’ digital lockers, Carpathia Hosting and Cogent Communications Group, have decided not to delete that data from its servers — at least temporarily.

For those of your who haven’t been following, Megaupload is/was a cloud storage company that encouraged users to upload personal files and share them with the outside world (and in some cases, it took a commission fee for doing so). However, U.S. federal prosecutors accused the company of piracy and proceeded to arrest several of Megaupload’s employees and freeze millions of dollars in assets. Without a way to pay the operating costs of running the business and with a letter from government authorities stating that third-party hosting companies could begin deleting Megaupload’s data, it was thought that the personal files stores by Megaupload users could be lost by the end of the week, as VentureBeat previously reported.

However, Megaupload lawyer Ira Rothken confirmed via Twitter yesterday that the user data has a temporary stay of execution for at least two weeks. And while the U.S. government doesn’t seem very interested in sorting out the copyright infringing files from the rest, the move does buy the two parties a bit more time to sort out the issue.

In reference to the letter filed by the U.S. Department of Justice with the Eastern District of Virginia on Jan. 27, 2012, Carpathia Hosting does not have, and has never had, access to the content on MegaUpload servers and has no mechanism for returning any content residing on such servers to MegaUpload’s customers.  The reference to the Feb. 2, 2012 date in the Department of Justice letter for the deletion of content is not based on any information provided by Carpathia to the U.S. Government. We would recommend that anyone who believes that they have content on MegaUpload servers contact MegaUpload. Please do not contact Carpathia Hosting.