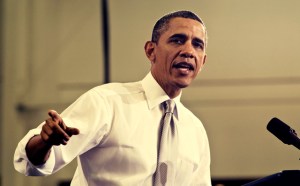 A day after showing his techno savvy with an appearance in a Google+ hangout, President Obama is calling on Congress to pass new legislation that would aid startups, and put them at the center of an agenda, “Startup America,” focused on creating new jobs.

“The president has made small businesses and particularly start-ups a key aspect of his economic growth agenda because he understands how much the newest and fastest-growing small businesses drive job growth in our economy,” Gene Sperling, director of the White House National Economic Council, told the AP.

Talk is cheap, so let’s get down to the brass tacks. The new bill would help stimulate the startup economy by cutting tax rates on capital gains for investments in small businesses. Ok, so that means more venture capital, but what about the basics of running a business? The new law would also extend for a year the ability of all businesses to deduct immediately all of the costs of equipment and software purchases. Microsoft Office for everyone!

“Our small business agenda has a specific focus on removing the barriers that have for too long blocked start-ups and entrepreneurs from getting the financing they need to accelerate their growth and hiring,” Sperling said.

The trade in private shares have been a great source of capital for startups like Facebook and Twitter that are growing but not ready to go public. As Venturebeat reported earlier this month, SecondMarket is hoping to provide access to this kind of capital to lots of companies, not just the stars of the social web.

It seems like the White House is following suit. Obama is proposing to increase the amount companies can raise through small public offerings without the expense of a lengthy and complex registration with the Securities and Exchange Commission registration process. The limit for such “mini public offerings,” according to the AP, would increase from $5 million a year to $50 million. Everyone gets an IPO!

The new law is controversial among state officials and investor advocates who worry that less regulation will lead to ordinary investors getting bilked on bogus stock offerings. Raising tens of millions of dollars without having to provide an audited financial statement…what could go wrong?