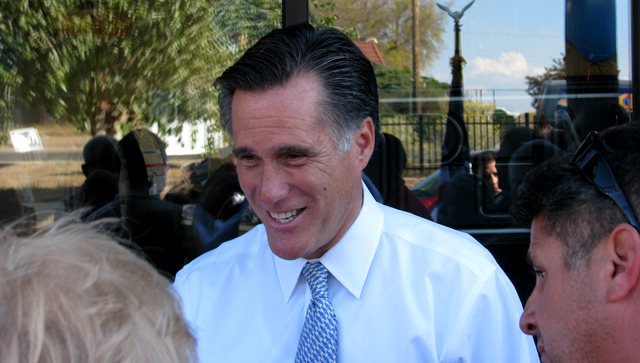 Mitt Romney and Newt Gingrich may be duking it out tonight in Florida’s high-stakes Republican primary, but when it comes to attracting online traffic from Floridians, Romney is the clear winner, according to Experian Hitwise.

Strong Internet buzz doesn’t translate to a proportionately high number of votes, as demonstrated by Ron Paul in the recent Iowa caucuses. Social media predictors had Ron Paul highly favored to take the Iowa caucus, but he trailed behind Rick Santorum and Romney at the end of voting. But perhaps online traffic trends could be a better indicator, if we look closer at data and trending patterns.

Unlike social media channels, which are often hard to analyze, online traffic might actually be a better indicator overall because it shows a level of interest in a candidate and voters’ willingness to learn more about them. Experian Hitwise spokesperson Matt Tatham took the time to give us traffic numbers related to the last few primary contests, and some data points make a fairly compelling argument for traffic translating to votes.

For four weeks leading up to Jan. 10’s New Hampshire primary, Romney was easily ahead of all competitors in attracting New-Hampshire-specific traffic. Romney easily won that contest with 97,532 votes, or 39.3 percent. Ron Paul grabbed 22.9 percent of the vote and Jon Hutsman got 16.9 percent.

South Carolina is another story. Romney attracted more traffic to his site from South Carolina voters than all of his competitors, but he still lost to Gingrich by a 13-point margin. Tatham said there is an interesting data point, though, that correlates with Gingrich’s surprise win. During the last week before South Carolina voting, Romney’s traffic fell considerably lower and Gingrich’s traffic surged.

Now we have tonight’s Florida primary. During the past four weeks, Romney’s campaign site has received the majority of visits from Florida, while Gingrich is leading in site traffic for the entire U.S. Gingrich was garnering more traffic from Florida citizens through Jan. 14, but since that time, Romney’s numbers have come up considerably and Gingrich’s have gone down.

“Getting the most online traffic can mean quite a few things,” Tatham said. “In the case of Florida, perhaps voters feel like they already know enough about Gingrich or maybe they heard a quote from Romney and wanted to find out more about him.”

With tonight’s highly contentious primary in Florida, we will be able to test these numbers once again. And if Romney does prevail, as he is predicted to, it will be another indicator that online traffic and interest can in fact help predict voting patterns.

“A lot was made of Obama’s deft use of the Internet and social media,” Tatham said. “This year, it will be amplified even more.”