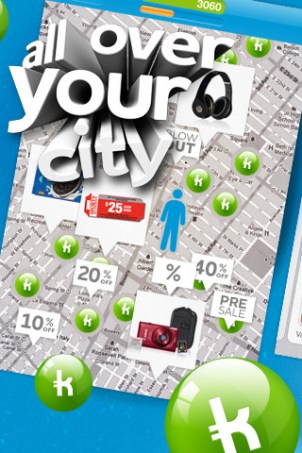 More than just a nifty mobile app for consumers, Shopkick is also helping its retail and brand partners generate significant revenue. The company announced today that it drove more than $110 million in revenue to its partners in 2011, its first full year in operation.

The news comes on the heels of Shopkick’s massive growth announcements of 3 million active users and over 1 billion offers viewed. The success of the free Shopkick app, which allows consumers to earn rewards and deals simply by walking into a store, shows how mobile devices are quickly becoming important to in-store shopping in the real world.

“Some mobile services drive people out of stores, not into stores, with online comparison shopping that turn stores into ‘showrooms.’ Shopkick does the opposite,” Shopkick CEO Cyriac Roeding said in a statement today. “It’s a win-win-win between retailers, brands, and consumers.”

The company’s patent-pending technology has now been deployed in over 4,000 stores and 250 malls cross America. Recent partner brands include Old Navy, Disney, and Levi’s.