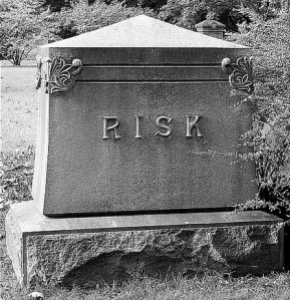 When Facebook’s S-1 filing comes out (which could be as soon as tomorrow, if you believe the Wall Street Journal), we’ll see a lot of risks in it.

The S-1 is the first and most significant document that a company fills out, and the Securities and Exchange Commission publishes, prior to an initial public offering. If it’s typical, we’ll see many boilerplate risks, such as an earthquake wiping out Facebook’s headquarters in Menlo Park, a global economic meltdown, and the world deciding en masse that the Internet is boring. Lawyers include so many of these risks — in Groupon’s S-1, the risks section went on for 20 pages — that it can be hard to isolate the meaningful ones.

Here’s a look at what I believe are the three biggest risks to Facebook’s business.

The rise of mobile and Android. Mobile phones will be the centerpiece of social networks. They’re already tremendously important and will become even more so. This is especially true in the developing world, where the phone may be the only device consumers use to get online.

In this space, Google has strong assets that Facebook does not. I fully expect that Google will attempt to shove Google+ down the data pipe of every Android user. Google+ will eventually come pre-installed on nearly every Android phone, much as Google Maps does today.

Google has already built some interesting features into its Google+ app. For example, although I’m not a big fan of Google+ in general, I do like the feature that automatically uploads pictures I take to Google+. From there, it’s easy to share them. The easier you can make it for people, the more they’ll use your service.

An often-overlooked asset that Google has is Google Voice. Social networks like Facebook miss a key piece of the social graph: the people you call and text. For my closest friends, I tend to text with them regularly. That is data that Facebook currently doesn’t have.

To the extent that Google can deeply integrate Google+ features into Android, it has a significant advantage.

Advertiser spending and attention shifting to Google+. With Google’s new Search plus Your World integration of Google+ into Google’s dominant Web search tools, marketers have a strong incentive to focus attention on Google+.

Although I wouldn’t recommend Google+ to advertisers on its own merits as a social network, I do recommend it based on its impact on Google search engine rankings. Marketers can move their pages from search oblivion to the front page of Google results by engaging with their customers and prospects on Google+.

When Google adds advertising to Google+, it can also make the ad buy integrated into AdWords purchasing. (Or even make it a bundled buy.)

Facebook still has so much traffic that advertisers will need to continue using Facebook, but it doesn’t have the social world to itself anymore.

Privacy-related regulations. Facebook’s greatest strength is the amount of data it has on hundreds of millions of users and their interactions. But it’s also a potential challenge when it comes to privacy regulations.

For the U.S. market, this isn’t a huge challenge, as privacy advocates have relatively little sway in government. But European regulators take a much tougher approach to privacy. (In some cases, such as Google’s StreetView Wi-Fi data collection, I think it’s absurd.) In December, Facebook agreed to make 35 privacy changes in Europe.

Even with privacy regulations in place, Facebook can still grow its ad business. The bigger concern is the degree to which compliance with a patchwork of global privacy rules takes away engineering resources and inhibits the implementation of new features that consumers may want.