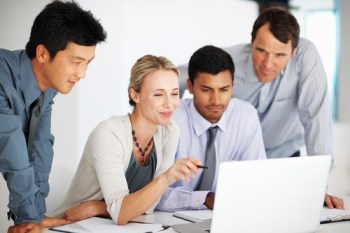 Until just a few years ago, CIOs have largely been defined by how well they could deliver products or solutions to their core customer, the business user.

However, as the cloud emerges as a truly viable alternative to IT, it has become clear that the transformative CIO must rethink the entire IT paradigm and evolve his or her organization into one that delivers competitive services to the business.

This new strategy requires not only a very different approach, but also quite literally a different mindset. In my current role at technology business management provider Apptio, we’re seeing an increasing number of women taking the helm of IT organizations, which makes me wonder whether women possess certain qualities that make them particularly well suited to this role of services transformation.

One of the reasons for this shift is that the very nature of IT has undergone its own evolution. No longer is IT focused on managing and delivering a portfolio of IT products. Rather, the advent of providing services has translated into a demand for IT to speak the language of the business.

Consequently, collaboration, communication, and the ability to manage change are now the vital skills for IT leadership.

Women are more inclined to work collaboratively with others rather than implementing changes with an iron fist approach. In a 2008 survey of female IT leaders by the CIO Executive Council, women were reported to take a more cooperative team approach than their male counterparts. The female survey respondents said they try to listen, empathize, and build connections with employees and stakeholders.

Rebecca Jacoby, CIO for Cisco, has proven particularly skilled in managing and communicating with her staff during efforts to re-organize the company four years ago.

As Cisco made structural changes to re-orient their organization into the role of service provider, Jacoby armed employees with the ability to speak their mind and give input on the changes. To do this, Jacoby and other senior management set up “cohorts” comprised of 12 to 15 people and one leader, bringing together employees from various teams from within the organization and enabling them to share their ideas about leadership.

The cohorts at Cisco now meet eight times a year. Each session revolves around a topic picked by senior staff, with at least four related to Cisco’s transformation into a services organization. By implementing cohorts, Jacoby fosters open and ongoing cross-functional communication between IT stakeholders and the business.

In addition to working collaboratively, women CIOs are particularly effective at incorporating in-depth knowledge of the business in decision-making. In 2005, research conducted by the University of New Mexico and University of California-Irvine showed that females have more white matter in their brains than do their male counterparts. Since white matter works to network various parts of the brain, this might explain why women are often more effective than men in integrating and assimilating information from distributed regions.

This might also explain why women CIOs are more effective at assimilating data from across the business into something meaningful that leadership can act upon.

Debbie Gash is another IT leader who effectively applied her understanding of multiple parts of a business to make complex decisions. Gash is the longtime vice president and CIO of Saint Luke’s Health System, a network of 11 hospitals in Missouri. By surveying the various hospital departments and ongoing technology projects, Gash was able to determine that Saint Luke’s needed a new system for tracking the IT budget. Once the new program launched, Gash used her institutional knowledge to determine what problems to tackle first. Gash juggled the needs of distinct hospital groups, employees, and vendors to create a smooth, company-wide system.

A final area in which female CIOs prove particularly effective is their ability to embrace change and guide organizations through periods of major overhaul. CIOs need to influence others who may be resistant of change, and women often bring the flexibility and tact required for such maneuvers.

One female leader who demonstrated grace during major change is Debbie Guild, CTO of Bank of America. When her bank merged with Merrill Lynch, Guild needed to create a unified financial transparency program.

At the time, Bank of America and Merrill Lynch were each using their own applications. Guild needed to assess the existing systems and also consider the complexity of the organization’s financials. At the time, Bank of America had 100,000 servers, product costs that changed monthly, and outdated cost forecasts. To top it off, employees within the financial transparency team weren’t convinced that they needed major change.

To begin the overhaul process, Guild called a meeting with her team and hashed out the problems. They eventually reached what she terms a “come to Jesus” moment. The team agreed to launch a new project — and made an important decision to brand the project to galvanize the various stakeholders — in order to improve organizational financial transparency.

With her employees, Guild worked to establish guiding principles for the program and develop a new system to bill the actual usage of Bank of America’s products. She made sure that the company’s head of finance and head of enterprise CTO were on board with what she was doing, and insisted that both verbally agree that they were going down the correct path. Then, Guild recruited people who were enthusiastic about the project and eager for results to move the project forward.

The new program is now producing real results and an improvement in financial transparency. By using both communication and diplomacy skills, Guild effectively steered the company in a new direction and was able to marshal widespread employee support.

In today’s service-oriented IT world, the ability to work effectively with others has become critical. Likewise, the role of the CIO continues to evolve from a purveyor of technology to one who delivers capabilities to their business users. Female leaders such as Jacoby, Gash, and Guild represent just a few examples of this changing mindset, one which puts a premium on communication, collaboration, and consensus building.

Chris Pick is chief marketing officer at Apptio, a Seattle-based provider of technology business management solutions. Apptio is focused on changing the world by giving IT and finance leaders the insight they need to minimize IT cost, make ROI-optimized decisions, align IT resources around services that align with business strategic needs, and ensure that business leaders clearly understand the value of IT.