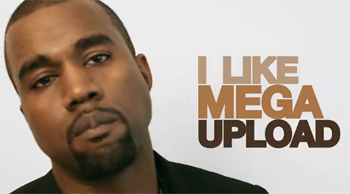 Worried your legal files stored on Megaupload are about to be deleted? The non-profit Electronic Frontier Foundation (EFF) has offered to help with retrieving legitimate content and returning it to Megaupload users.

For those who haven’t been paying attention, here’s a quick recap: Megaupload was a cloud-based storage company that encouraged users to upload personal files and share them using its service. But the company and some of its employees were fingered in a 72-page indictment issued two weeks ago by the Department of Justice. The indictment against Megaupload alleges it is connected to a vast criminal enterprise that has caused more than $500 million in harm to copyright holders.

But the immensely popular site for file-hosting didn’t just allow users to share copyrighted movie and music files — many customers of the site used it to store and send personal files, just like you can on many other file-sharing sites on the web. When the site was taken down, Megaupload fans complained bitterly that the government had taken away access to legal files used for work, as documented by TorrentFreak. Some users are even banding together to sue the government.

Those users who lost legal files and want a chance at getting them back can now visit a site called MegaRetrieval, which has been put together by the EFF and Carpathia Hosting. The site requests that Megaupload users provide details about what data was lost and promises to try to resolve their issues through all means at its disposal. While it doesn’t guarantee getting your files back, it’s better than doing nothing.

“EFF is troubled that so many lawful users of Megaupload.com had their property taken from them without warning and that the government has taken no steps to help them,” said Julie Samuels, attorney at EFF, in a statement. “We think it’s important that these users have their voices heard as this process moves forward.”