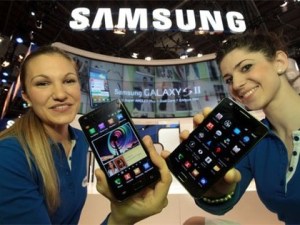 Despite numerous rumors to the contrary, Samsung has confirmed that it will not debut its much-anticipated Galaxy S III smartphone at Mobile World Congress in Barcelona later this month.

“Samsung is looking forward to introducing and demonstrating exciting new mobile products at Mobile World Congress 2012,” Samsung told The Verge. “The successor to the Galaxy S II smartphone will be unveiled at a separate Samsung-hosted event in the first half of the year, closer to commercial availability of the product.”

The Galaxy S II is one of the best-selling Android smartphones ever, so news about its successor is anticipated from Android fanboys and tech watchers alike. Sales from that phone and the Galaxy Note phone/tablet hybrid helped Samsung earn a record profit of $4.7 billion for its startling fourth quarter.

In my hands-on with the U.S. versions of the Galaxy S II, I found the phone to be one the best Android devices ever at that point. On top of the phone’s powerful hardware, Samsung will update the software to Android Ice Cream Sandwich in the first quarter of this year.

While the Galaxy III will not debut at MWC, the company will likely introduce other powerful smartphones and tablets. Our own Devindra Hardawar will be on the ground at Mobile World Congress when the event starts on Feb. 27, so look out for more details at that time.