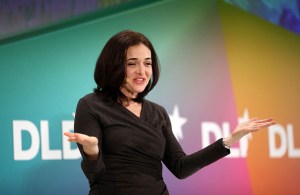 Facebook’s second in command COO Sheryl Sandberg was compensated millions more than any other Facebooker in 2011 — founder and CEO Mark Zuckerberg included.

The juicy tidbit was unearthed in the executive compensation section of Facebook’s S-1 document, filed Wednesday.

Zuckerberg, by comparison, took home a paltry $1.49 million for the year. The figure includes his base salary of $483,333, bonuses totaling $220,500, and $783,529 in other compensation (fun footnote alert: Zuck’s other 2011 compensation included $692,679 for personal aircraft charter costs and $90,850 for estate and financial planning). On the ownership front, however, Zuckberg has a 28.2 percent stake in the company, while Sandberg owns less than one percent of Facebook. So with a rumored valuation of $100 billion, Zuckerberg could be worth more than $28 billion.

And, no surprise here, Facebook compensates its executives, Sandberg especially, remarkably compared to other technology companies, but only if you include equity. “Overall, based on our Peer Group analysis, total cash compensation for our executive officers was below the 25th percentile of the Radford Survey and Peer Group data,” the filing disclosed. “When equity compensation was factored in … total compensation for our named executive officers significantly exceeded the 90th percentile of the market.”

Facebook filed to become a public company Wednesday and is expected to make $5 billion in its initial offering. The social network’s S-1 document revealed that it made $1 billion on $3.7 billion in revenue in 2011 and has a total of 845 million monthly active users.