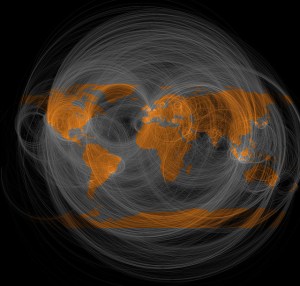 Twitter is growing in popularity across the world, with U.S. accounts now representing just slightly more than one quarter (28.1 percent) of the total Twitter population, according to new data.

Semiocast said it analyzed the explicit and implicit location data, along with the activity levels, of 383 million Twitter profiles created before January 1, 2012.

The U.S. still has a commanding lead as the country with the most accounts (107.7 million accounts in total), but its global share is shrinking as users around the world sign on to the service.

Folks in the Netherlands, meanwhile, bested their Japanese and American peers in terms of activity, and are the most active people on the information network, Semiocast found. Thirty three percent of accounts located in the Netherlands tweeted at least one public update between September 1 and November 30, 2011 — that’s six percent higher than the global average.

As the nearly six-year-old Twitter continues its international expansion, it will face a variety of challenges, including legal discrepancies around freedom of speech. Twitter recently added the capability to withhold tweets from users in a particular country, while leaving them accessible to users elsewhere, should it need to comply with tweet takedown orders. 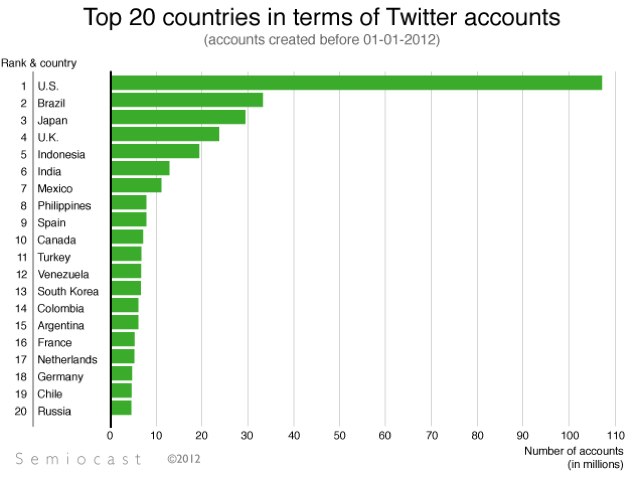