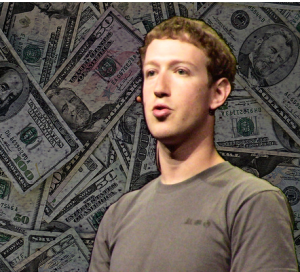 This is a revised version of a story that appeared on CNET earlier today; it is republished with permission.

For all the naysaying about Facebook, that it’s a flash in the pan and such, there are very few that say that “social” is going away.

Facebook has defined the social era of computing — and the companies that defined the previous eras of computing each command market values of $200 billion or more.
Facebook should get there, too.

IBM kicked off the mainframe era of computing and to this day is the leader in big enterprise computers and services. Microsoft was an early leader in personal computer software and now dominates microprocessor based desktops and servers. And after joining the scrum at the tail end of the dotcom boom of the 1990s, Google emerged as the leader of the Internet era of computing, amassing huge market share and most of Internet advertising’s profits. 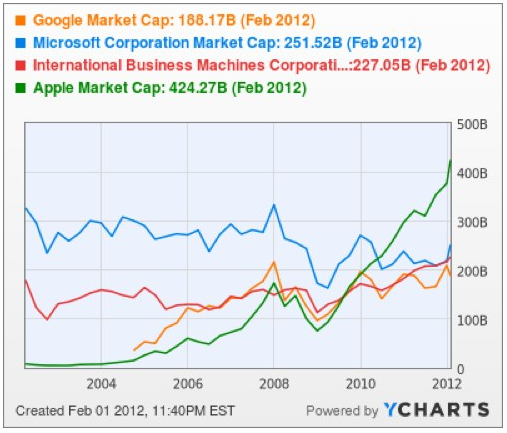 Given the history of IBM, Microsoft, Google, and Apple, which led the mainframe/minicomputer, personal computer, Internet, and mobile eras of computing respectively, it is not that much of a stretch that Facebook, as the company that defines the social era of computing, will be right up there with them. Each of these eras has produced prodigious revenue and earnings, and as Facebook’s S1 filing shows, social is already well on its way to stellar revenue and earnings, making the bulk of its money the way Google does, through advertising.

The leaders of each era have managed to lock in a generation of users ranging from business datacenters, PC operating systems and applications, and the portal by which people search. Facebook’s social graph will be just as persistent. While other niche social networks will emerge, most of us aren’t going to switch.

Of course, Facebook’s current revenue and earnings do not justify such a valuation, but Facebook is still young and doubtless will figure out plenty of ways to make more money, including selling valuable new ad units such as sponsored stories against its increasing number of mobile users. As long as it continues on its existing trajectory, the leader of the social era of computing will join the $200 billion club.

Peter Yared is CTO of CBS Interactive and has founded four e-commerce and marketing infrastructure companies that were acquired by Sun, VMware, Webtrends and TigerLogic. You can follow him at@peteryared.