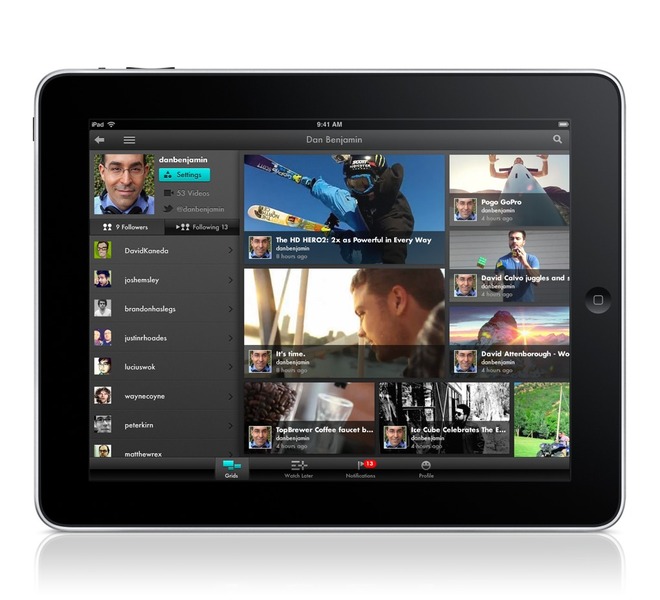 After months of hard labor, Remixation, creator of the popular video discovery app Showyou, has released a new version of the app that works just as well for social media abstainers as it does for Facebook and Twitter users.

Showyou 3.0, available now for free on the iTunes Store, doesn’t look much different from past versions of the app on the surface, but dig a little deeper and you’ll find a richer and more rewarding way to discover and share videos.

As the video above shows, the new Showyou is still centered around a gorgeous grid of videos, but now you can easily swipe left to unveil a tray that offers up new functionality like the ability to explore video categories. You can also now tap user icons in Showyou to see all of the videos that person shared, as well as follow them as you would in any other social network.

Remixation CEO Mark Hall told VentureBeat in an interview last week that the company had noticed some interesting usage patterns with previous versions of Showyou. Users who linked up Showyou to their Twitter account ended up seeing far more videos than those who just linked up their Facebook accounts. The changes in Showyou 3.0 should now make it easier for those only on Facebook to find new and interesting web videos.

Other improvements in the app include a revamped search, which lets you instantly sift through the 30 million videos in Showyou’s database, as well as the ability to follow grids based on trending hashtags (similar to the way Twitter shows off trending topics).

Remixation spent about 4 to 5 months developing Showyou 3.0, which was almost as long as the company took to create the first Showyou app, Hall said.

Showyou is also available on the iPhone, iPod Touch, and Kindle Fire (those platforms won’t get the new features yet), but Hall said that the company wasn’t very interested in doing a full-fledged Android app. Similarly, he wasn’t too interested in Google TV until that platform starts to pick up steam. Instead, Hall said that he was more interested in potentially incorporating Showyou into Microsoft’s Xbox — though the company’s haven’t yet discussed doing so.

San Francisco, Calif.-based Remixation has raised an undisclosed amount of funding in a first round from True Ventures and other investors.