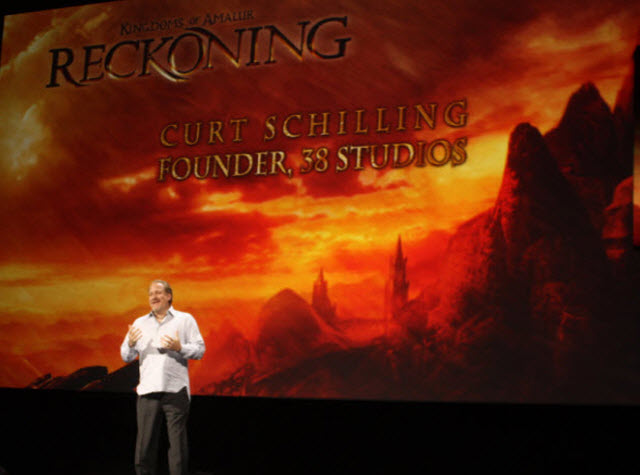 GB: That sounds close to some of the Skyrim hours.

CS: That’s one of the things I think the industry… whether they intend it or not, [sees as] a selling point. Very few people actually ever spend 200 hours in a game, I think far less than we might want to believe. But they’re out there and they’re vocal. It’s something that actually matters to gamers. For us, if you think about our intent around our larger IP, we want to introduce our own version of Middle-Earth or whatever you want to call it, create that immersion and that depth. The NPCs, the animals, the environments, the colors, everything has a much deeper and broader and longer meaning to us.

GB: Are there some interesting twists and turns that you would say… “Hey, you gotta hang in there, because by the 25th hour such-and-such is gonna happen”?

CS: I would tell you, “Absolutely not.” I don’t want you to have to bide your time to have fun. I think that’s one of the secret pieces, marrying that Oblivion world and Skyrim world to the God of War combat. When you played Oblivion, most of my time spent in Oblivion, and Skyrim too, was going from quest to quest. Combat was something I had to put up with in between. In God of War it was about combat, dialogue would exist between encounters because it was a necessary evil, is the way I’d put it. Having both of those together, I don’t believe you can ever not be entertained, whether it’s working through the quest line, really understanding how deep and vivid and fleshed-out our crafting system is, looking at the ability tree and understanding what the destinies are, unlocking destinies and realizing that the destiny system is completely focused around…almost its own AI, shaping the gameplay around the player that you are and not the player that we want you to be.

CS: Yeah, the response has been overwhelming. I would tell you that there’s very few times in life… I don’t like to be caught off guard. I try to prepare and do research. But I think the online reaction, the awareness, has been staggering since the launch. Well over a million downloads. Awareness and pre-orders have gone through the roof in the last two weeks. I think they were something in the neighborhood of 100 percent… Two weeks in a row we had 100 percent growth in pre-orders. Today, right now, we’re number one on Gamespot overall and number one most anticipated. We’ve been in the top five on Gamestop on preorders. I believed we had that game, but until you actually see flesh and blood humans that don’t work for your company reacting to it, you never know. 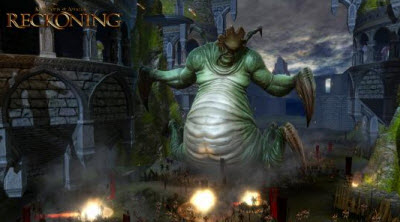 GB: Do you have any feel for the critics yet as well? There’s nothing out yet, but…

CS: No. I believe the scores are going to be great, I think they’ll be a reflection of the game. I can’t remember, somebody had been mentioned… It was the IGN review, it’s a nine-part review, they’ve been playing for a lot of hours, and the game had not locked up, they had encountered literally no bugs in that entire time. 20, 30, 40, 50 hours of gameplay. The five to six months of polish time we took I think was incredibly well-spent. Because it all gets back to that point I’ve been making to everybody. This is our introduction to the gaming world. Our reputation is going to be whatever this game impresses on people. You want to create that value proposition, which is… You might not like this genre of game, but when you see our name on the box, you’ll not question the quality of the product inside. Not a lot of companies have that. We’re trying to earn that. Seeing this response, again, has been overwhelming. But the rubber’s going to meet the road on Tuesday. I think I couldn’t be prouder of what they’ve accomplished, that’s for sure.

GB: So you’re starting out like it’s the World Series.

CS: It is! Every one of them is. When you think about the fact that… We’ve created a company that’s employed 400 people, and our success rides on the production and quality of everything that we do. This is an immensely important deal to us. We’re a building full of gamers who want to do nothing more than make awesome games for gamers. If we do that, the business side of it will take care of itself, front to back.

GB: How do you feel about working with EA on this so far?

CS: They’ve been a lot smarter than I could have been. You’ve got arguably one of the biggest and most influential global companies in the space… For me it’s been more of a mental… I’ve got friends from Peter Moore to David DeMartini, Bryan Neider and those guys, they’re friends, they’ve been friends. A couple of them longer than I’ve been in business with them. They’ve been out and available to explain the pitfalls of where we’re headed and what we’re doing, the bumps in the road, helping guide us. Their production staff has been amazingly influential. We couldn’t have gotten this done without them, incredible people. And then you’ve got their marketing wing, which is… It’s EA marketing. It’s been impressive. 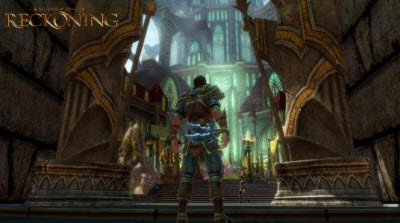 GB: Have they given you a one-sentence or two-sentence description of the game?

GB: That’s good. Any other topics that are interesting to you right now?

CS: It’s all about Reckoning. I’m actually hopping on a plane to fly down to Indy tonight, I’m doing radio row for two days at the Super Bowl to talk about the launch of the game. And then I’m in New York, gosh, Sunday night and Monday. Around the launch. We have another really cool thing, I don’t know if you’ve seen it, but Team Liquid, Sean Day9 posted on Team Liquid’s homepage, we’re doing a launch day live stream, about eight hours of gameplay with probably 10 or 15 of the most popular live-streamers in the world. They’re all going to be playing Reckoning and streaming it live for eight hours on launch day. This was something Sean brought to the table, it’s an unprecedented event, we’ll be streaming live to potentially millions of gamers on the launch day of our game. We’ve got some really cool prizes, real personal, gamer-centric prizes we’re going to be giving away to viewers of the stream. It’s a very organic, gamer-driven initiative, which is just so frickin’ cool.

GB: That’s cool, that’s very cool. I haven’t seen many games do that yet.

CS: There are games that are probably streamed live, I don’t know that anybody can touch the volume we’re talking about. Like I said, they’ve got probably 10 to 15 of the biggest, like Total Biscuit. They’ve brought in a bunch of European streamers as well. So it’ll be a global thing. They’re going to play the game and we’re going to have a lot of fun with it. Todd will be involved, R. A., myself. I know Felicia Day is going to stop by. It’s going to be a really neat event. And then I think launch night I’m on Jimmy Kimmel, and then we’re lined up to do Jimmy Fallon and Conan O’Brien after launch as well.

CS: It’s exciting, yeah, it is. The game and the team deserve it. 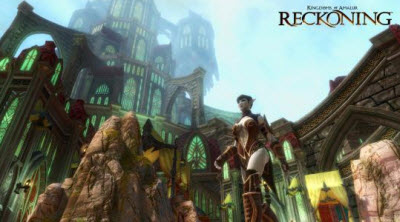 GB: So you can leverage some of your fame from baseball to get this one noticed.

GB: In the story of this game, are there lots of clues about what you’re going to do with Copernicus, then?

CS: Well, it’s set in the same universe, so it will become obvious over the next I don’t know how many months and years of time. This game exists in the same world. In a small way, if you think of Warcraft: Orcs and Humans, and World of Warcraft, those were tied together because they were in the same IP, but there will be story connectivity between what we’re doing in the games. In the MMO, there will be races that you can play in the MMO that are monsters in the RPG. Things like that. Same locations, there will be cities and places, there will be a familiarity to it that… Nobody else, I think, has gone in with the intent to do that like this.

GB: How is the MMO. What’s the status so far? 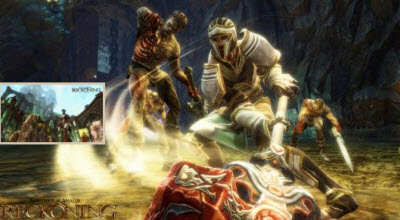 GB: So when this team frees up, does it help with the MMO? Or do you actually have something else going?