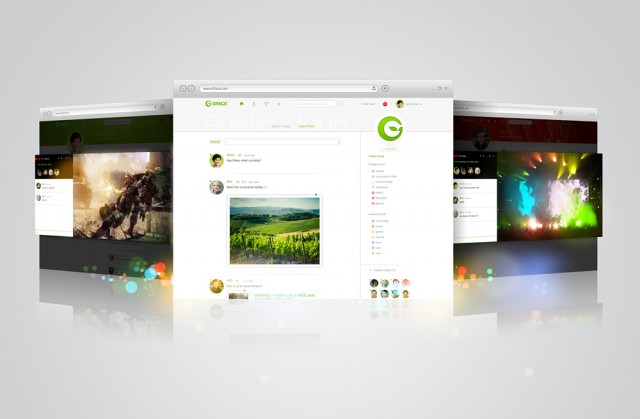 Crytek chief executive officer Cevat Yerli is a director of GFACE, and says, “GFACE enables its users to discover and experience entertainment together in real time. We want everybody to play everywhere for free.” With Facebook already offering its users a multitude of gaming opportunites, GFACE looks to be setting itself apart by focusing on providing quality multiplayer games first, and then building its social network around them.

According to the GFACE website, it will be providing a range of gaming experiences, from casual 2D games right up to console quality ‘core’ 3D games. Crytek’s first person shooter Warface is featured heavily on the site, and looks set to be one of the banner titles for the service. Warface is powered by CryENGINE3, the same game engine used for Crysis, Crysis 2, and the upcoming Homefront 2. It promises to deliver visuals that are “without equal” in the free-to-play arena. 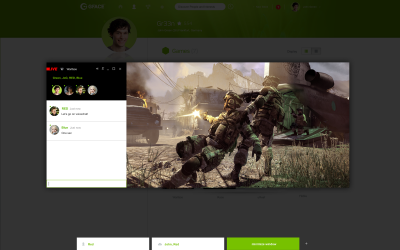 Perhaps the most impressive aspect of the GFACE service is that all the games will be delivered via cloud-based streaming technology, much like OnLive or Gaikai. This means that hardware limitations won’t stop users from accessing any of the GFACE games. It also looks set to allow smartphone and tablet users to join in with large scale multiplayer games. A promotional image for the service shows three players with different devices teaming up on a multiplayer first person shooter, with each player taking on a different role.

The GFACE website states, “Because GFACE runs in your browser and is designed for live cross platform fun; it is independent of hardware and operating systems, so you can play with everyone, anytime, anywhere.”

GFACE’s social networking features will allow users to create groups, share links and media, and watch live videos together. The service will also include video chat facilities. While none of these features are unique, having them all in one place, alongside a streaming free-to-play gaming service, makes GFACE a very interesting proposition.

GFACE has just entered its closed beta testing phase. You can register your interest in joining the beta at the official website.