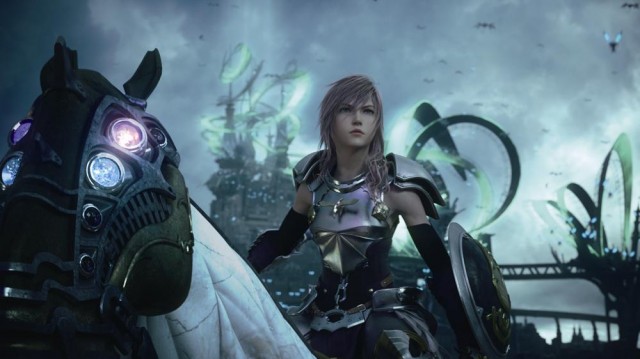 Capturing monsters doesn’t just factor into battles, but also pads the game with hours of exploration, experimentation, and monster-hunting. Often I didn’t even have any intention of using a certain monster, I literally just had to catch them all. But then other times I would see an awesome beasty that would make an excellent edition to my party. I spent more time grinding for monster crystals (since their drop rate is pretty low, based on the power or rarity of the monster) than I did leveling up Noel and Serah.

Monsters can also be leveled up, but not in the traditional sense. Instead, you have to find (or buy) rare materials which are used to progress the monster, increase its stats, and teach it new abilities. It would have been nice if monsters also gained experience through use, as it would have established a deeper bond with personal favorites. That, and finding the required materials can be very time-consuming and costly. Sometimes you’ll want to level up a certain monster just so you can infuse it into your other monsters to earn unique passive or active skills. It’s all quite expansive, and should keep players busy long after the main storyline has ended.

I’m also happy I no longer have to hunt down a copy of Final Fantasy X-2 + International, a Japanese-only release of X-2 that also featured monster taming.

Longevity
The time-traveling aspect of Final Fantasty XIII-2 removes the need for a New Game+ feature. Instead, you can travel to and from any location and any time, manipulating the timeline to replay events and boss battles however you please. There are over 160 fragments to collect, many of which are attached to a sidequest of varying depth and importance. There are nine different endings to see (though only one of them is the “true” ending), and the monster taming aspect can get as deep as you want it to. And you will need to developer powerful monster companions if you plan on tackling the game’s post-game challenges. As with any Final Fantasy title, impossibly powerful beings await in the deepest, darkest corners of the game, but at least now you’ll actually get Achievements for them.

Perhaps the most disappointing part of the entire experience is Serendipity, the poor man’s Golden Saucer. You can race chocobos and play slots here for prizes, but the systems are so mindless and half-baked, it’s really a shame. There’s also a card game at the casino, which I immediately made a b-line for. What is it poker? What is it a Tetra Master-style collectible card game? I’ll never know, since the dealer only says it will be “available in a future update.”

And that’s the other complaint. Square Enix seems to have finally discovered DLC, as entire chunks of the game have been blatantly withheld, with plans to release them at an additional cost down the road. A perfect example is the Outfits tab in the main menu. You will never obtain an extra costume throughout the entire game, so this feature is useless, unless you plan to buy the various costume packs Square Enix has been planning for months. There’s also a coliseum that is totally inactive on-disc, but will allegedly be the home of future downloadable content.

Despite the missing pieces, the main story will run you 20-30 hours. I completed it at 28, but only because I got distracted exploring optional areas and hunting down fragments. After that, there’s easily another 30-50+ hours of content to explore, and if you do it without a guide it’d take considerably longer than that. 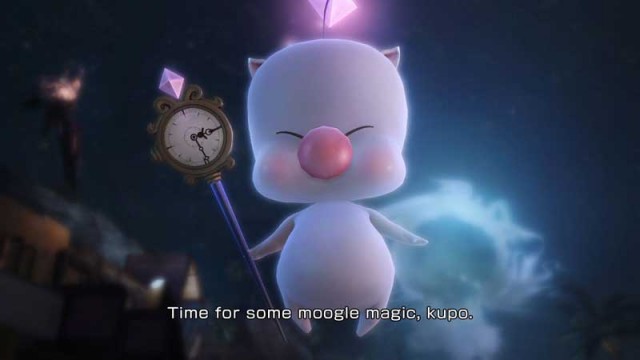 Conclusion
Final Fantasy XIII-2 has all of the superb production values of its predecessor and none of its flaws. In fact, my two biggest complaints revolve around a half-baked casino area and questionable use of heavy metal music, which is pretty good considering the first game in the XIII trilogy damn-near killed the entire franchise. XIII-2 seems to have been designed entirely to address the many complaints of the original, and against all odds manages to do just that. Even if you don’t care about the story, the monster taming is a particular selling point; I know that the knee-jerk reaction is to blurt out “Pokemon!” and write it off as a throwaway feature, but any gamer will be hard-pressed to find fault with charging into battle alongside a golden chocobo, prototype behemoth, and 50-foot-tall cactuar.

Final Fantasy XIII-2 was released on January 31, 2012 for the Xbox 360 and PlayStation 3. An Xbox 360 version was provided by the publisher for the purpose of this review.

Ready to dive into Final Fantasy XIII-2? Check out GamesBeat’s game guide, with tips and tricks for winning all the chocobo races, unlocking the ultimate weapons, and more!