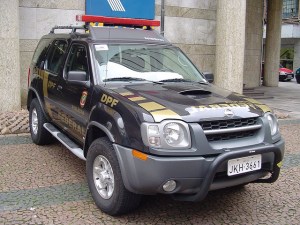 A country progressive in its stance on off-the-clock email is pushing for a far more antiquated policy when it comes to information-sharing by way of Twitter.

The Attorney General of Brazil, according to Brazilian publication O Globo (The Globe), has filed a preliminary injunction to suspend and block the Twitter profiles of users who tweet the whereabouts of speed traps, DUI checkpoints, and radar locations.

The lawsuit seeks to fine those in violation of the injunction R$500,000 (roughly $290,000) a day, and asserts that proactive Twitter users like @RadarBlitzGo, a Twitter bot that announced its end via tweet an hour ago, are defying the country’s penal, criminal, and traffic codes.

The argument is that these Twitter alerts are harming the public by preventing police officers from being able to perform their duties. While the logic may have merit, the action, restricts the speech of Brazilian Twitter users and is akin to content censorship. A number of applications such as Trapster and Waze are built around of the idea of citizen activism and encourage users to report speed traps and radar locations.

Brazil, interestingly enough, is experiencing explosive growth in Twitter usage, and has the second most Twitter accounts of any country — second only to the U.S.

Earlier in the year, regional federal legislators in the Brazilian state of Espírito Santo also ordered internet providers to remove the Twitter and Facebook profiles of its members who exposed the operations of the Brazilian police force. That directive also included a R$500,000 daily fine should companies fail to comply.

Twitter recently added the capability to tap dance around these types of takedown requests. An internet provider can choose to withhold content from Twitter users in certain countries while keeping it accessible elsewhere in the world, should it receive a legally binding request to remove tweets. There’s been no indication as to whether Twitter plans to put its new technology to use in response to the injunction.