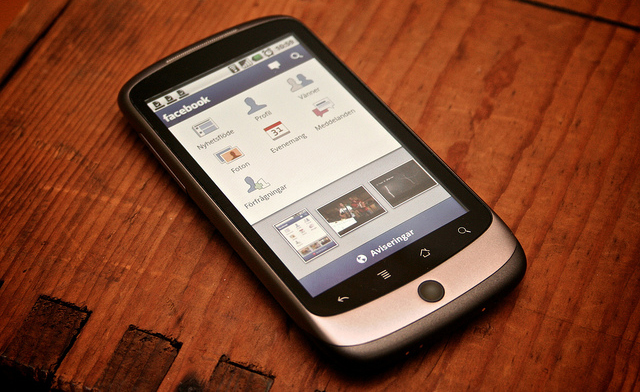 With Facebook’s financial situation firmly in the spotlight after its IPO filing, the company will finally address the problem of generating revenues from mobile users by introducing mobile ads in the next few weeks.

One of Facebook’s biggest risks Facebook listed in last week’s IPO filing was “mobile,” and the company said it generates no “meaningful revenue from the use of Facebook mobile products.” One solution would be to launch a Facebook-branded phone that would help the company better control the experience and serve up new ad products. But a more reasonable and quick solution is to start serving ads through its popular mobile apps and the mobile version of the web site.

The company will launch mobile ads, called “featured stories”, within weeks, according to the Financial Times. Essentially, Facebook’s will start putting ads inside of your News Feed that look similar to other stories with no way to block them. That’s quite a similar approach to what Twitter does with its “promoted tweets,” and its likely the smartest way to immediately start generating mobile revenue while working on other advertising products.

Facebook’s mobile presence is staggering, with more than 425 million monthly active users active on mobile devices. Its users have access to the service through mobile sites, feature phone products, and smartphone apps on Android, iOS, and Windows Mobile. In the S-1 filing last week, it claimed that the Facebook application is the “most frequently downloaded app across all major smartphone platforms in the United States,” according to a third-party report. The company believes usage across mobile will continue to grow, especially with young users, so it needs to start monetizing that usage.

While users will likely be vocally upset with the inclusion of ads on mobile like they were with Twitter, those users will likely not leave because of it. If I had to take an educated guess, they’ll just complain bitterly about the change to their friends on Facebook and then get over it a few days later (like they do with every major design change).

What do you think about the inclusion of advertising in your mobile News Feed?