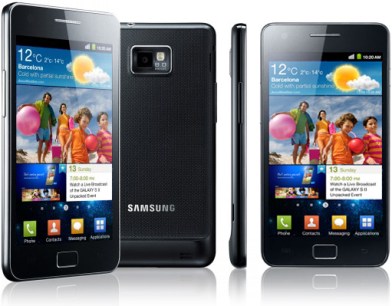 At some point, the mad quest to create the thinnest phone on the market will end — but not today.

The phone could debut as soon as this May, the site says, though as is always the case with early phone rumors, I suggest taking this report with a grain of salt. Samsung already confirmed that the phone won’t be making an appearance at Mobile World Congress in Barcelona later this month (much to the dismay of this reporter, as I’ll be attending the event for VentureBeat).

While it’s nice to see Samsung continually pushing limits with its hardware, I’m hoping the company will spend as much time upgrading the overall level of polish from its flagship devices. The Galaxy S II is a gorgeous phone to behold, but in the hand it still feels plasticky and insubstantial, a problem that has plagued Samsung since its first Galaxy S phones. To some degree, Samsung’s Galaxy Nexus feels better, but even that device has too much plastic for my tastes.

Despite the mostly thin case, the Galaxy S III will still feature a slightly protruding 8-megapixel camera like the previous model, ETNews reports. That’s just a fact of life with ultra-thin phones, and it’s one of my biggest annoyances with smartphones these days.