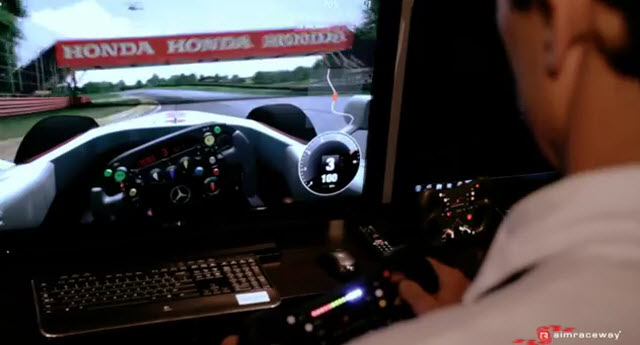 Ignite Game Technologies has raised $5 million in a third round of funding for its Simraceway online racing world and its accompanying steering wheel for the PC. 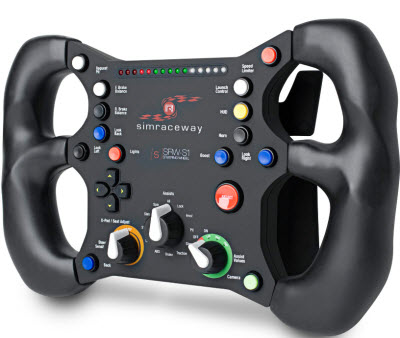 San Francisco-based Ignite is creating a high-end realistic racing game as a downloadable web title, and it has also created a unique steering wheel (pictured right) for racing games that it says will help players drive more skillfully. That’s important because the company is creating a skill-based tournament system for players that it hopes will be key to making a big pile of money.

Jonathan Haswell, chief executive of Ignite, said in an interview that the Simraceway game is an accurate physics-based game that gives drivers a taste of realistic race car driving. By contrast, Forza Motorsport and Gran Turismo deliver more of an arcade-like experience without a robust online multiplayer competitive tournament play.

“Simraceaway picks up where Forza and Gran Turismo leave off,” said Haswell. “The realistic driving market as a whole hasn’t progressed much in recent years.”

The game may sound pretty hardcore, especially since most casual players don’t bother purchasing a steering wheel for racing games. But Haswell believes the steering wheel created simplifies the racing controls and makes the game much more accessible to ordinary players.

Simraceway isn’t intended to target ultra-hardcore players but instead it’s expected to appeal to what Ignite believes can be a very lucrative middle. The company will use the increasingly popular free-to-play business model, where users play for free and pay real money for virtual goods. 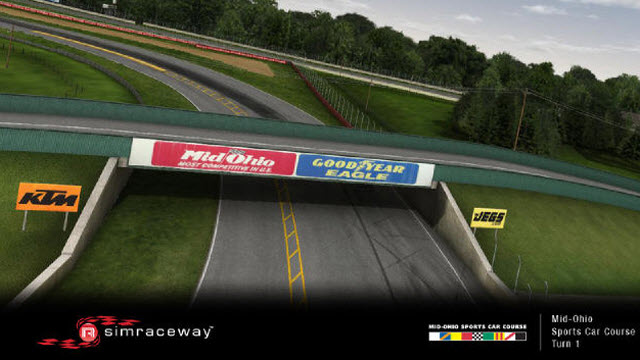 The game has an interesting genesis. Haswell started his company along with James Synge in 2008 as a way to create applications for their skill-quantification system, which is essential in ensuring fairness in tournament play. They also studied steering wheels and found that most were lacking key features.

“We chose this market because we haven’t seen much innovation in racing games in recent years,” Haswell said. “We are not focusing on visual quality so much as accuracy.”

Since its founding in 2008, the company has raised $17.5 million in three rounds. Investors in the new round (who are also existing investors) are Steve Bellotti, Bill Budinger Jr., and Dave Marrs. Marrs is joining the board.

Simraceway began its public beta test in November. The S1 Steering Wheel was developed in conjunction with peripherals maker SteelSeries. With the new capital, Haswell said the company will build out its vision for making Simraceway into the most authentic and immersive racing game on the market. The game is drawing about 3,000 new gamers a day.

Players can race against other players in cars that include models from Bentley, Bugatti, Mitsubishi, and Saleen, among others. But the game isn’t the prettiest racing game you’ll see, Haswell acknowledged, because it is trying to capture younger audiences.

Ignite makes its tracks and cars more accurate by using laser-scanning to capture imagery. It has a proprietary player skill quantification system that helps match similarly ranked players for online races. The company has more than 600 car assets in the pipeline. The download is currently about 1 gigabyte.

Marrs said the game is in still in the early stage of its development but already has a huge following.

“We view the popularity of the game not only as a reflection of the long-predicted explosion in online gaming but also as a testament to the bold and innovative strategy pursued by Ignite’s team,” Marr said.  The company now has 30 employees.

Besides Forza Motorsport and Gran Turismo, iRacing is a rival in the space. In the long run, Haswell said that Ignite is planning to create competitive games in other genres.

And as for racing, “Our goal is to create a version of every car that has ever been made,” Haswell said.