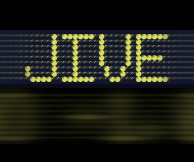 In the fourth quarter of 2011, Jive increased its revenue by 53 percent over the same period last year, earning $22.5 million. Revenue directly associated with product was up 61 percent at $19.2 million. Jive provides social business software, which allows businesses to communicate with each other outside of instant messages and e-mails. Indeed, Jive sees a 27 percent drop in e-mail in companies where it is in operation.

“Most enterprises are still trying to communicate and collaborate using the same e-mail and business processes that have been in place for decades,” said Jive chief executive Tony Zingale in a conference call. “It simply does not work.”

The company also added over 40 new customers in its fourth quarter. These include PricewaterhouseCoopers, Ace Insurance, and Thomson Reuters. These new customers are a particularly big win for Jive, as each of them represents a $1 million or higher contract, and all of them use Jive’s cloud product, as opposed to its physical software delivery. Also in the group of new customers are Northwestern University and Direct TV, which join GE, HP, SAP, Deutsche Telekom, Ben & Jerry’s, and others.

“It is a sign that companies are increasingly realizing that adopting social business software may be one of the most important decisions they make this decade,” said Zingale.

The company’s new Project Thunder, an internal product that is currently in beta, is intended to help larger scale companies deploy Jive’s software and is Internet-based and easily accessible. This stealthy product is slated to launch in mid-2012.