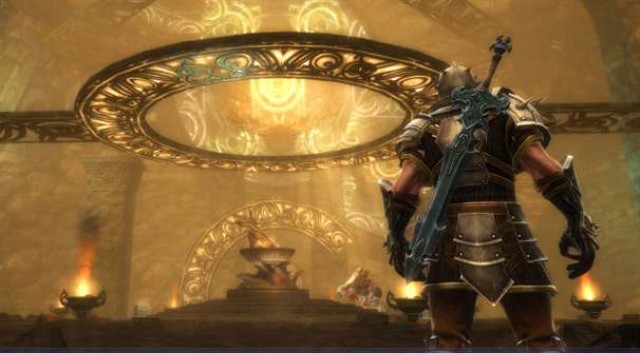 The following is my analysis and recommendation for skills. This could be especially handy for players who are staring at the character creation screen wondering “what the hell does any of this mean?”

Alchemy
When your Alchemy skill is low, you won’t be able to pick up the majority of the reagents (plants) you see lying around everywhere. That’s probably the most annoying part, as even if I didn’t intend to use them I still want to have them.

But with a higher alchemy skill you’ll be able to create potions from the reagents you’ve found. Like in Skyrim, potions can turn a difficult battle into a cakewalk. You can also use potions to temporarily increase certain skills, such as persuasion, mercantile, or crafting,

The one major caveat is that potions take up inventory space, and may just sit around for hours or many quests being unused.

Blacksmithing
Although you can use the Fateweaver trick to max out Blacksmithing once you hit level 16, I didn’t find much use for the skill at all. After 30+ hours of play, I was carrying a ton of crafting materials (of varying quality), but the best item I could make, even with several bonuses, was roughly half as good as the equipment I had obtained long ago.

The only cool thing about Blacksmithing, in my opinion, is you can name your created gear whatever you want. Who wouldn’t be afraid of someone wielding the Disfigured Bulge?

I suggest avoiding putting permanent points into Blacksmithing (other than training), and just re-spec/use potions whenever you want to mess around.

Detect Hidden
I highly recommend keeping this skill at level 5, minimum. Your map will reveal the location of enemies, treasures, and secret doors on your map, which are all very useful. It will also allow you to disarm traps, something that will come in handy if you’re doing a lot of dungeon-diving.

Hidden treasures (level 2) are surprisingly common, and contain a lot of valuable loot. You’ll be seeing this almost as much as you see reagents lying around.

Secret doors are not as common, but they usually lead to a stash of rare items, or sometimes Lore Stones. I only came across three during the main story, but then found two in a single dungeon during a sidequest. If you plan to explore a lot of dungeons, definitely take this skill with you.

At max level, Detect Hidden will show treasure chests and Lore Stones on your map, so it’s good to eventually Master this skill, but may not be a priority over Mercantile.

Dispelling
Dispelling is the equivalent of lockpicking, but for magical chests. Some treasure chests have a spell preventing you from opening them, and must be dispelled by partaking in a little timed mini-game. Unlike the lockpicking puzzle (see below), these are actually quite difficult, especially with a low level in Dispelling.

Luckily, there’s a work around. If you fail to dispel the chest, it will simply blow up in your face, causing health damage, and often times curse you. But you still get to open the chest and take the loot.

I recommend a few things so that you never have to put a single point in the Dispelling skill:
Have full health before failing the dispel, especially a Hard or Very Hard chest.
Save before you try to open the chest, just in case.
If you get cursed, open any other nearby chests that might also give you curses, then find a healer in a town or city.

Although getting cursed sucks pretty bad, the thing about healers is that they’ll grant you temporary curse immunity when they remove an existing curse (if you do a normal heal, you’ll get a temporary 10% health boost instead). This lasts even longer than a divine blessing, so it’s good to head into any dungeons with the immunity active.

By following these steps, you’ll avoid wasting any skill points.