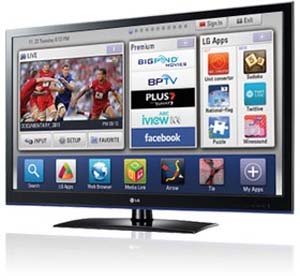 Unity Technologies and electronics manufacturing giant LG are teaming up to bring video games to Smart TVs in 2012.

The deal is similar to one LG recently made with cloud gaming service Gaikai and is all part of the company’s plan to market its line of products as all-in-one multimedia systems.

Unity Technologies is the creator of the Unity development platform, which allows users to create and distribute interactive 3D and 2D content to mobile phones, app stores, tablets, set-top boxes, connected TVs and more. The company boasts a thriving community of 750,000 registered developers, including large publishers, indie studios, students, and hobbyists, and says it plans to make numerous games available on upcoming LG models in the near future through its business division Union.

“The television technology LG is introducing this year is very impressive and offers an incredible opportunity for the developers under the Union umbrella to reach a new market,” said David Helgason, CEO of Unity Technologies. “Our goal with Union is to create new avenues of distribution for developers using Unity, and LG smart TVs are creating a massive and new gaming audience.”

LG’s 2012 HDTV models feature the ability to play video games without the need for a console through a powerful video processor and the Magic Motion Remote, a gyroscopic motion controller. LG Head of Content Division Sang-Woo Lee says adding Unity’s huge catalog of titles to the lineup already available on his company’s TVs will boost their value to consumers looking to choose a HDTV model and help make them the most comprehensive platform for entertainment on the market.