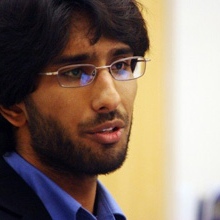 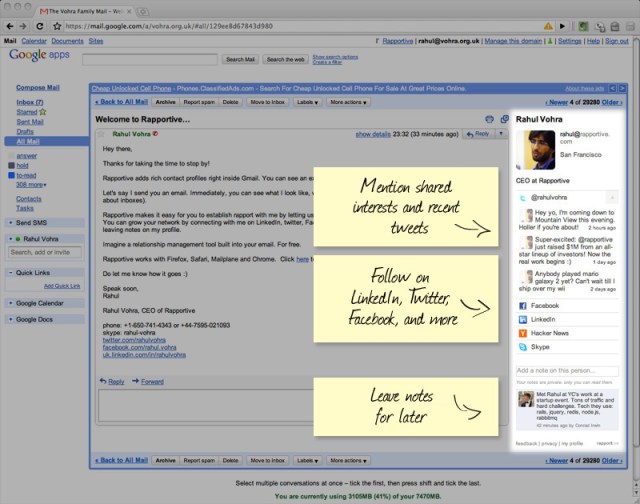 Sources close to the negotiation disclosed the news and said that LinkedIn is paying over $10 million to buy the company, All Things D reported. The final purchase price is undisclosed, no deal has been finalized, and both companies are keeping quiet about the details. VentureBeat reached out to Rapportive’s chief executive Rahul Vohra for comment and didn’t get a response.

Rapportive is a Gmail-only plugin that adds shared content, tweets, social media buttons, and notes to your Google Contacts. The plugin lives in the sidebar of Gmail, next to each email. When Google introduced the People Widget, the sidebar that displays contact info next to emails, Rapportive integrated its service directly into the widget.

The company faces competition from Contactually, which launched in early January 2012.