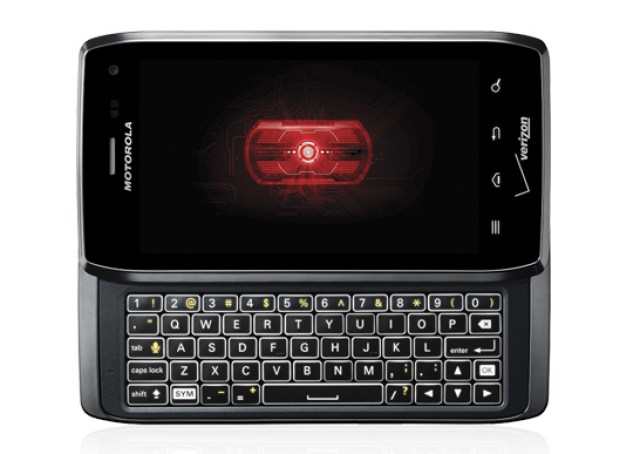 The first Motorola Droid smartphone was one of the earliest great Android devices when it was released in November 2009. The Droid 4 closely resembles the Droid RAZR, except the Droid 4 features a full QWERTY keyboard. The Droid RAZR was released to much hype in November, but it was later overshadowed by the Samsung Galaxy Nexus running Android’s Ice Cream Sandwich operating system.

On the spec front, the Droid 4 hopes to grab the attention of the many Android phone fans who desperately need a physical keyboard (like many BlackBerry owners who still crave real buttons). The phone measures .5 inches thick and features a 4-inch screen with 960-by-540 resolution, a dual-core 1.2-GHz processor, 1GB of RAM, an 8-megapixel camera, 16GB of internal storage, and blazing-fast Verizon 4G LTE.

While the Droid 4 will not launch immediately with Ice Cream Sandwich, Verizon has said the device will eventually be updated to that OS.

If you must have a physical keyboard, I’d say the Droid 4 is one of the best options to choose from. But if you’re in the mood for Android and don’t need a physical keyboard, we would recommend the Droid Razr Maxx, which has better battery life than any other Android smartphone with 4G speeds. That device features a 1.2-GHz dual-core processor, a 4.3-inch Super AMOLED screen with 540-by-960 resolution, 32GB of internal storage, an 8-megapixel camera with flash, a front-facing 1.3-megapixel camera for video chat, and 1080p HD video recording.

You can see a few more images of the Droid 4 below: