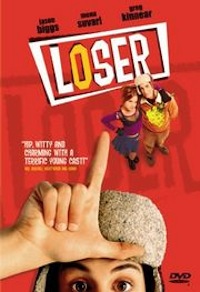 The next time a nefarious organization wants to keep people off the Internet, it would do well to engineer its own championship professional football game.

Web traffic dropped significantly during this past Sunday’s Super Bowl football match between the New York Giants and the New England Patriots, according to a Sandvine report published today. But with this year’s game bringing in a record 111.3 million viewers, the Sandvine’s findings aren’t entirely surprising.

Overall internet traffic during the game was 20 percent lower compared to an average Sunday evening, as shown in the graph embedded below. And in this case, the biggest loser of the night was Netflix and not the Patriots (unless you’re a Pats fan). Compared to the average Sunday evening traffic, the popular streaming video service saw a whopping 40 percent decrease in activity during the game (see graph below).

Alternately, the NBC Sports official website, which legally streamed the live event for the first time, saw a noticeable bump in visitor activity. Sandvine reports that the site accounted for 6.2 percent of all downstream internet network traffic at 9 p.m. ET. However, the legal Super Bowl live stream didn’t have much of an impact on the the television viewership, which is exactly what NBC Sports digital head Rick Cordella predicted prior to the game.

In addition to NBC Sports, social media networks saw a large surge in visitor activity during the game. Microblogging site Twitter was at the forefront of that surge — with the Super Bowl breaking a new traffic record for the highest non-anime-related tweets per second (TPS) metric. 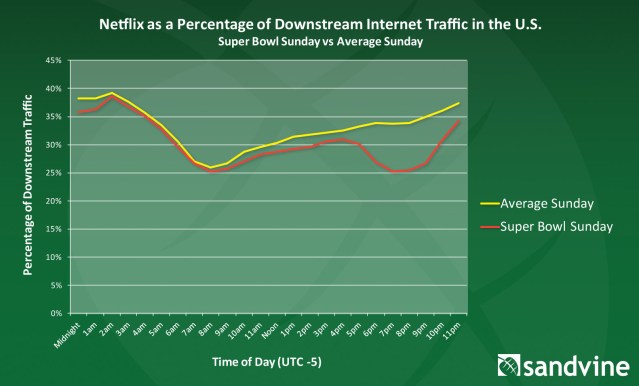 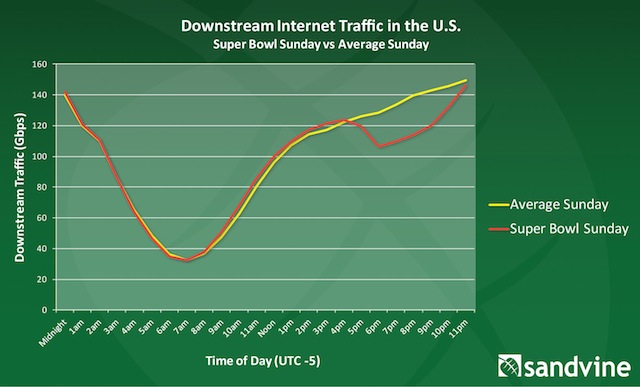 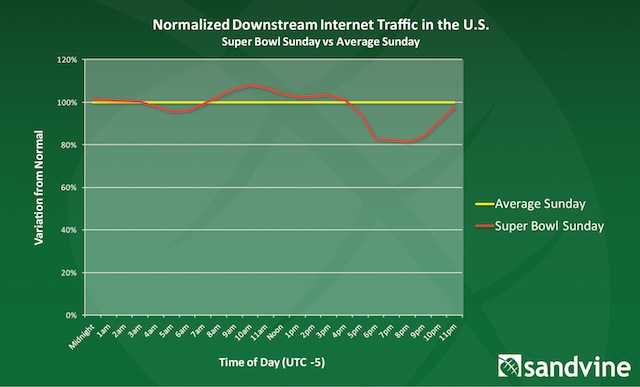