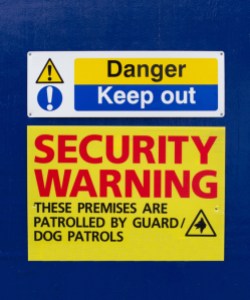 “For the past three years we’ve been working on problems funded by the US Navy and the Department of Energy, on how to process and analyze huge amounts of information and find the most meaningful security alerts,” TerraEchos chief executive Dr. Alex Philp told VentureBeat.

Starting in 2009, TerraEchos has been working with the Navy and the DoE to analyze and identify security threats that can have physical consequences. For example, hacking into a power grid could shut off power for an entire city or region. Now, the company has its sights on organizations and businesses where high levels of security are of the utmost importance — think defense and intelligence agencies, power grids, gas pipelines, and nuclear facilities.

With this funding, TerraEchos is moving forward with its enterprise service Kairos, a software system that can sift through massive amounts of data including text, video, voice, and sensor information to find security threats. Everything is done in real time and the service can be scaled to any operation.

This type of technology is in growing demand. In fact, the FBI is looking to the tech community to create a tool to find security threats mentioned in social media channels. The FBI also has to contend with cybercrime, and with hacktivism on the rise, software like TerraEcho’s can help find and fill security holes that hackers exploit.

TerraEchos was founded in 2009 and has a team of nine employees. The company began working on security threats in 2009 and struck a licensing deal with IBM to use its InfoSphere Streams platform in 2010. This round of funding is the company’s seed round and was lead by Flywheel Ventures. TerraEchos is based in Missoula, Montana.