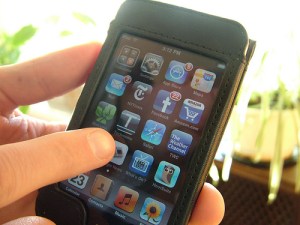 Apps are everywhere these days, with founders from Instagram and Shazam starring in Super Bowl commercials. According to a new study from the non-partisan group TechNet, apps have created 466,000 American jobs since they arrived with the modern day smartphone in 2007. Dig into the data, however, and you’ll find only about a third of those are actual tech jobs.

It turns out that there were really only about 155,000 developer and tech support positions created for the millions of apps that populate our smartphones and tablets. The study, by combing through want ads, concluded that for every developer there was also about one non-techie doing marketing, sales or human resources for app startups.

The rest of those jobs are created by something called “spillover”. This is a standard multiplier used in economics to look at the total impact of a burgeoning market. So for every successful app developer there are extra office cleaners, baristas and day care workers hired to meet the demand created by techies flush with cash. Previous studies, for example one related to Facebook’s impact on the economy, used a “spillover” multiplier of 2.4. While the folks from TechNet employed what they call a conservative multiple of 1.5.

California, not surprisingly, saw the biggest boon from the app economy, while New York got the biggest bump of any individual city. The most rapid acceleration for this labor force was from 2009 to 2011, but while it has slowed, the number of jobs in the app economy is still growing at a very respectable 45 percent annual rate.

A full PDF of the study with charts is here.