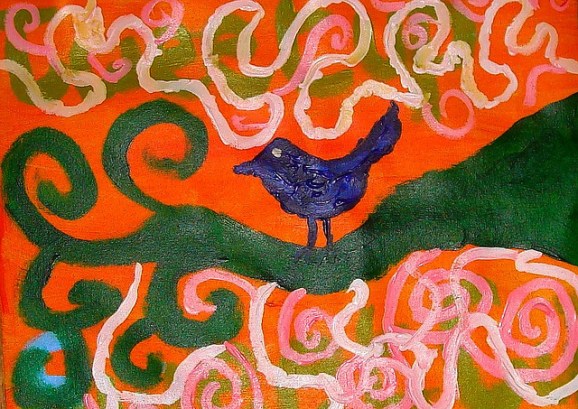 In 2008, the tweets per second record during the Super Bowl was 27. Four years and 12,206 more tweets per second later, the volume of Super Bowl-related Twitter activity is evidence of something more significant than a societal preoccupation with football’s greatest game or brands’ advertising gambles.

A look at the escalation of tweets per second over the years tells us that Twitter has blossomed into the social network of record for current affairs.

The visual proof, as seen below, comes courtesy of statistics portal Statista, which gathered tweets per second milestones from 2009 to 2012. The graphic that captures the most culturally significant moments of the past three years.

Remarkably, just one year ago, the tweets per second record was just 6,939 (set four seconds after midnight in Japan on New Year’s Day), which highlights that Twitter activity growth is only accelerating.

Today, Twitter averages 250 million tweets per day and has 100 global active users across the world. 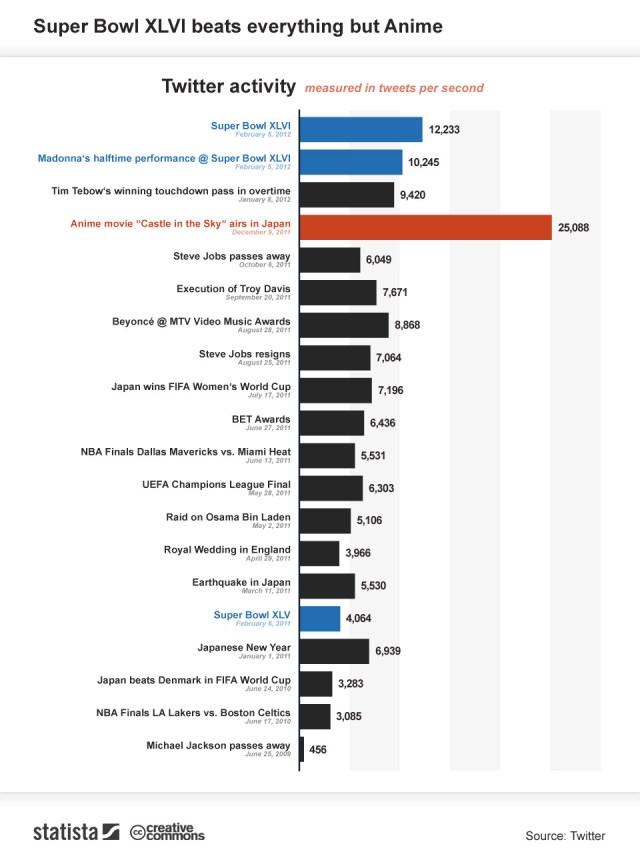