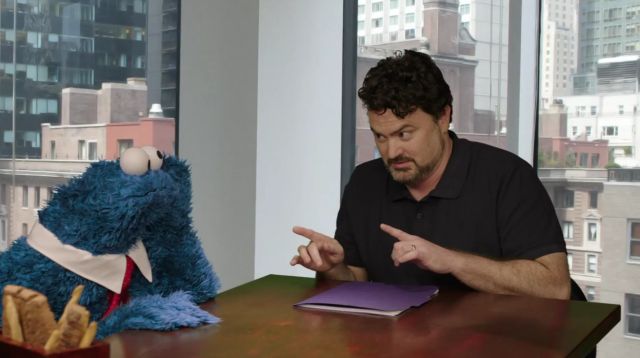 As of 9 a.m. PST, more than 16,000 backers had pledged a total of $686,000 to the project (way over the $400,000 goal). Double Fine Productions mentioned that additional funds could be used to increase production value (voiceovers) or develop Mac and iOS versions of the PC game. Maybe game publishers who rejected financing a new Tim Schafer adventure got it all wrong. It will be interested to watch the success of the project. Crowd-sourcing fundraising might become a viable way to raise substantial amounts for big game productions.

Original story: Two of the most acclaimed adventure-game creators are getting back together. But in order to make their project “Double Fine Adventure” a reality, they need at least $400,000 from their fan base.

Tim Schafer and Ron Gilbert worked on several classic LucasArts adventures such as Maniac Mansion, Secret of Monkey Island, Day of the Tentacle, and Grim Fandando. Their fans have been hoping for the designers to create a new adventure in the classic point-and-click fashion for over a decade. But sales for this once popular genre nose-dived during the 1990s, and publishers are reluctant to finance new projects.

Tim Schafer’s Double Fine Productions is now turning to crowd-sourcing fundraising site Kickstarter to collect at least $400,000 to get a new adventure game going. The company wants to become “the first major studio to fully finance their next game with a Kickstarter campaign and develop it in the public eye.”

The promised “total transparency” is supposed to include monthly video updates, documented by the “behind the scenes” experts of 2 Player Productions. Backers will also be invited to discuss the project with the developers through a private online community. 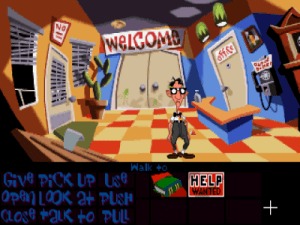 Above: Schafer's classic adventure Day of the Tentacle

The goal, according to Double Fine’s Kickstarter project page, is “to show the public what game development of this caliber looks like from the inside.  Not the sanitized commercials-posing-as-interviews that marketing teams only value for their ability to boost sales, but an honest, in-depth insight into a modern art form.”

Double Fine Productions is expecting a six- to eight-month development cycle for the PC game, which will be distributed as a digital download on the Steam network.

Support of the project is rewarded with numerous perks. For example, a modest $15 will give backers access to beta and release versions of the game. An autographed poster will be added in the $250 donation bracket, and $1,000 buys a mini portrait of the supporter, painted by the game’s artist.

High rollers should take note of the “dinner and bowling with Tim Schafer and key members of the dev team” opportunity (for a $20,000 contribution). And we could think of worse ways to spend $50,000 than becoming an actual character in the game.