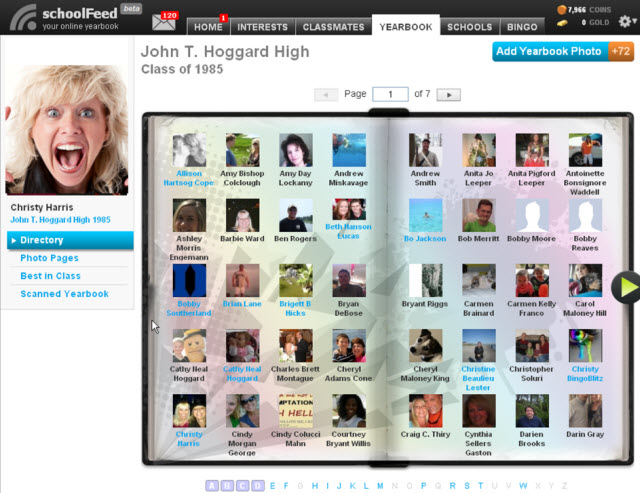 Lance Tokuda was looking for an old high school friend, but instead he found his second big social networking startup. The co-founder of game publisher RockYou happened to find an old acquaintance from high school on Classmates.com, which has more than 60 million users. But when he was going to email her, he found that Classmates.com was going to charge him $60 for that privilege.

There had to be a better way to hook people up, he thought. And so began the idea for SchoolFeed, which is announcing today it has raised a seed investment round of $1.75 million. The San Mateo, Calif.-based classmate network hooks people up at no charge and makes money via advertising and virtual goods. In doing so, it is disrupting the business model of 15-year-old Classmates.com.

Thanks to that model, SchoolFeed has rocketed in seven months to more than 7 million users and is growing at a rate of 100,000 users per day. The network has grown in a purely viral manner, as users find their old high school classmates and inspire them to join. 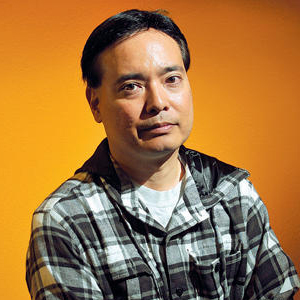 “All our growth is from friends telling friends,” Tokuda (pictured) said in an interview.

The site is extremely simple to join. You enter the name of your school and the graduating year. Then you can log in via Facebook. The site loads your fellow classmates already on the site and lets you send invites to those who aren’t. You can indicate your interests and load some pictures.

Once you get to your news feed, you can see messages related to your interests or the people you know. If you want, you can send chocolates to your friends. You can play games such as Bingo with your friends. The whole point is to enable people to not only find their friends, but to interact with them once they find them.

You can click on the Classmates tab. With that single click, I saw a couple dozen of my old classmates. Suddenly, I got hit with a wave of nostalgia. The site is aimed at people like me between the ages of 33 to 55. We didn’t have social networks while in school. Instead, we sat in our rooms, alone, listening to classic rock and 80s music on cassette tapes. As a result, we can find it harder to locate classmates today.

Facebook was formed to help classmates get together. But now it has moved far beyond that demographic group. Only about 8 percent of Facebook users have more than half of their high school classmates as friends.

The round was led by First Round Capital, with additional funds provided by Crosslink Capital, InterWest, and SK Telecom.

The company makes money through ads and virtual currency. You can earn the currency by participating in the site, doing things such as contributing photos or scanning a yearbook into the site, for example. Then, you can spend your currency to unlock rewards on the site — for instance, to view the pages a yearbook that someone else has scanned. As you earn more currency, you can unlock more pages.

Tokuda said that SchoolFeed is now growing faster than Classmates.com and could catch up to it in raw numbers within a couple of years. The site is adding over 15 new connections per second.

“Early growth and feedback on SchoolFeed has been astonishing,” said Rob Hayes, Managing Partner, First Round Capital “It’s really filling a void in classmates networking, and tapping a demographic that has been largely left out. The SchoolFeed team is seasoned in social networking, content and engagement mechanics. We look forward to watching SchoolFeed become the largest classmate network worldwide.”

Tokuda founded the company after leaving RockYou, the social gaming startup that he founded in 2005 with Jia Shen. He started SchoolFeed in 2006 and launched the site in July. With no publicity or advertising, the site grew dramatically, mainly because it connects people for free.

Rivals include Facebook and Classmates.com. SchoolFeed is setting itself apart by turning its high school connections into a destination and positioning itself to handle class reunion services. In reunions, rivals include Juxta Labs.

SchoolFeed is focused on the U.S. so far and has eight employees.

Asked how he feels about starting another major social company, Tokuda said, “It feels great. It’s a lot of work. You spend more time adding more and more services. We want to build the community and give people a reason to come back. It’s hard to create a social network.”